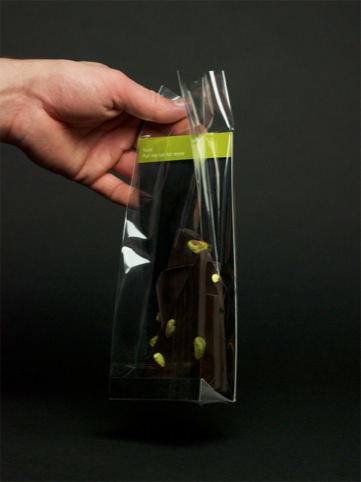 The designs aim to reference the brand’s positioning as an ‘inventive’ Scottish chocolate, with test flavours in the range including chocolate with Scottish tablet, whisky and cranberry and rum. The chocolate is sold pre-broken, rather than in a solid bar.

David Freer, O Street founder, says, ‘The logo was influenced by the cocoa bean, and the idea of a chocolate bar that you break into segments. The Scottish character comes in the the idea of inventiveness – it’s about Scotland but we didn’t want it to be too twee.’

The colour palette is informed by the threads used in tweed fabric, referencing the brand’s Scottish heritage while avoiding a tartan route, according to Freer. 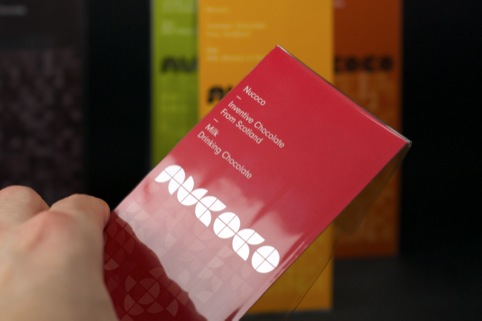 Colours were chosen to complement the three chocolate types in the range – milk, dark and white.

He says, ‘The pattern becomes almost an identity in its own right. It’s a modern interpretation of tweed, but a more light, modern concept. It’s more Ewan McGregor that Rob Roy MacGregor.’

Nuoco is currently sold in selected delis in Scotland, and the brand is planning to move into larger retailers over the coming months, according to O Street.