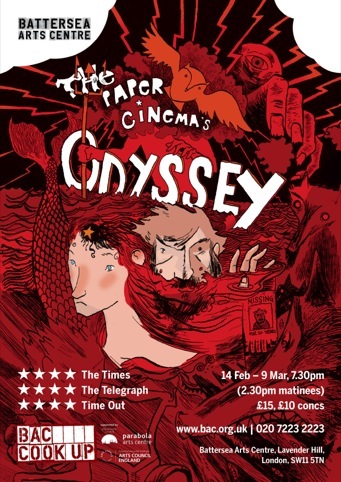 Paper Cinema creates a silent movie in every performance, using paper cut-out puppets, illustrated by hand, filmed live and projected from a camera feed, all accompanied by live music performed on home-made instruments from the musical saws to a powerdrill.

The result is charming, unique, imaginative, and unsurprisingly its new production of Homer’s The Odyssey has received rave reviews from critics. 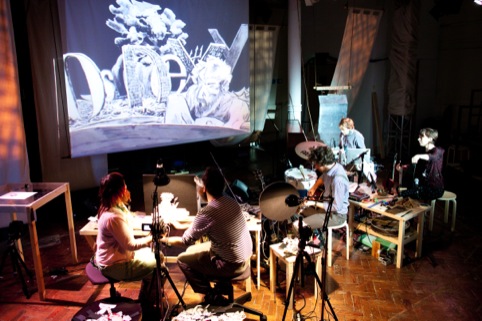 The company’s origins were humble, when performances were smaller-scale – its previous show lasted a mere 18 minutes, albeit with a few dozen puppets. But The Odyssey is more epic in scale, lasting 75 minutes and containing countless props and puppets.

We last profiled the Paper Cinema group in 2010, when The Odyssey was in early stages of development. 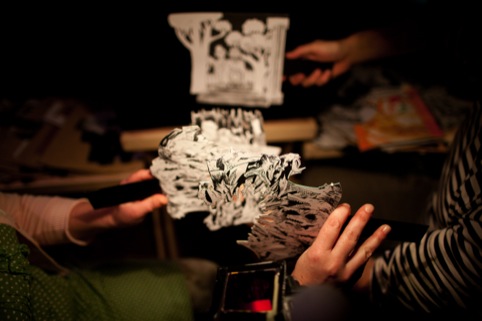 Its co-founder Nicholas Rawling, who also is a puppeteer in the show, said the performances sit ‘in a space of [their] own, owing more to childhood animations of my youth like Ivor the Engine and Mr Benn, and the language of comic books and film, than to the art of puppetry’. 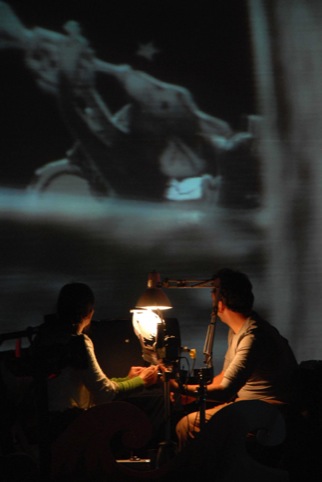