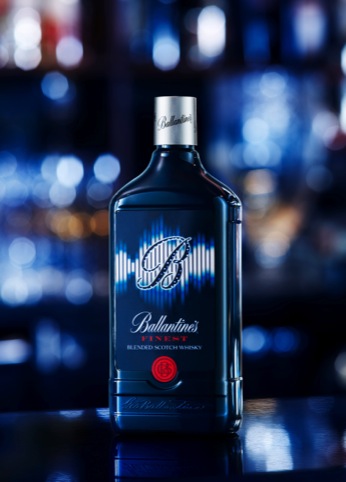 Electroluminescent technology allows thin materials to emit light as an electric current passes through them and can be customised to create an animated sequence.

The consultancy was appointed in December 2011 by Ballantine’s Finest brand owner Chivas Brothers, which needed an innovative way to capture the brand proposition ‘Leave an Impression’ according to Parker Williams.

The bottle needed strong visibility behind bars where light is poor in the on-trade environment of bars and clubs.

Recent Ballantine’s marketing work had forged a link between the brand and music, which also had to be addressed in the design according to Parker Williams.

In response the B of Ballantine’s is emphasised in the design and appears to conduct light, pulsing across the bottle like sound waves.

Parker Williams creative director Jo Saker says, ‘We were particularly excited that electro-luminescent technology could be developed to make it seem as though the bottles can ‘talk’ to each other.

‘When they are grouped in a large bar display, they can be programmed for the sequence to run in unison or for the light effect to radiate out from a central point across the bank of bottles.’