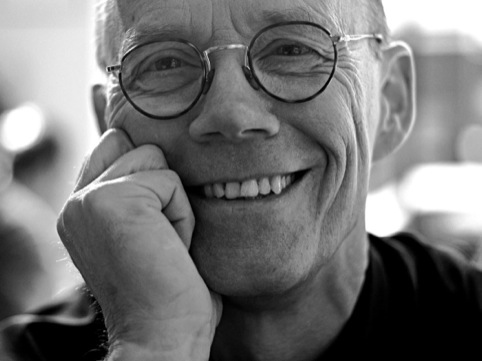 When my printing press burned down in 1977 and I had no tools left.

I have only been employed once (other than working during school holidays and on the side while at university). I ran a small print shop in Berlin. Originally only for six weeks while the boss was on vacation, but when he came back we had increased output and quality considerably. He let me run the place for another half-year until I decided to quit (and move to London, with my own press, which then burnt down in a railway arch in Ladbroke Grove).

I am managing partner of Edenspiekermann. I don’t run the business. I am the elder statesmen: show younger people how certain things are done, write columns and articles, talk about our work in lectures and reminisce about the old time when ‘things were done properly’.

The redesign of The Economist, 2000. Best clients ever, the print run doubled within the first year after the relaunch and they haven’t changed anything since. Unfortunately there is no more work for me there.

Signage for the German Autobahn.

Parting from my partners at MetaDesign on bad terms. Lost me 20 years of work and a lot of money.

To not retire, but to have my own printshop again and work with my hands.

Michael Wolff. A nightmare to work with and a fantastic experience at the same time.

Learn, learn, learn. (that’s three pieces because it’s so important). And do not work for arseholes, nor with them.