Photographer Jason Oddy has set out to shine a light on these secret buildings in his new series Concrete Spring.

He also had time to create La Coupole, a sports hall, and together the buildings came to represent Boumedienne’s vision of a modern nation following Algeria’s declaration of independence from France in 1961.

In June 2013 Oddy spent three weeks with a 5×4 field camera exploring the Modernist legacy of these buildings.

Smiths Row, which is hosting the show says, ‘Critically, the photographs ask how these places which had been designed to forge and empower Algeria’s postcolonial generation, might in some way be relevant today.’

After Boumedienne’s  tenure as president the country went on to encounter a bloody civil war and continues to experience political turmoil.

The gallery says, ‘Yet with the region in the throes of another great political upheaval, it seems both timely and poignant to examine this architecture of liberation again.’ 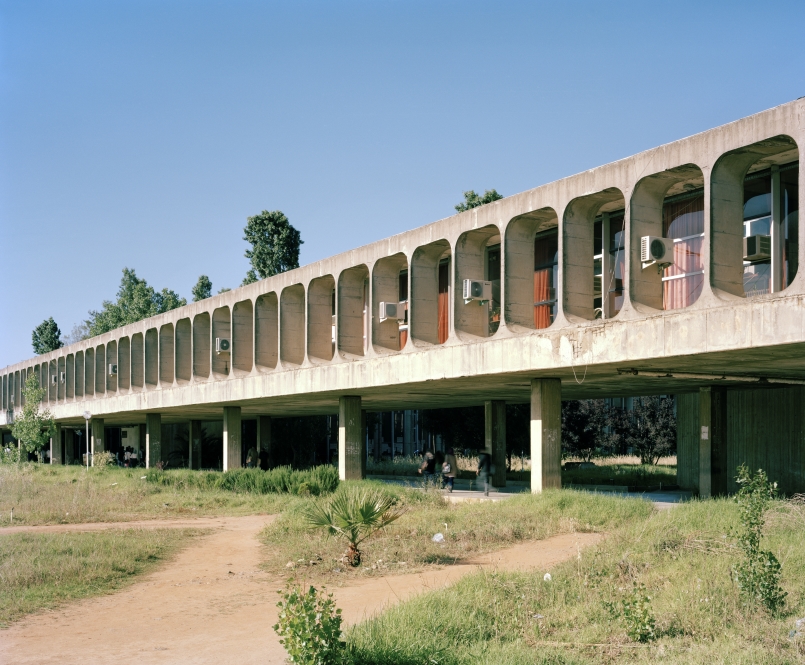