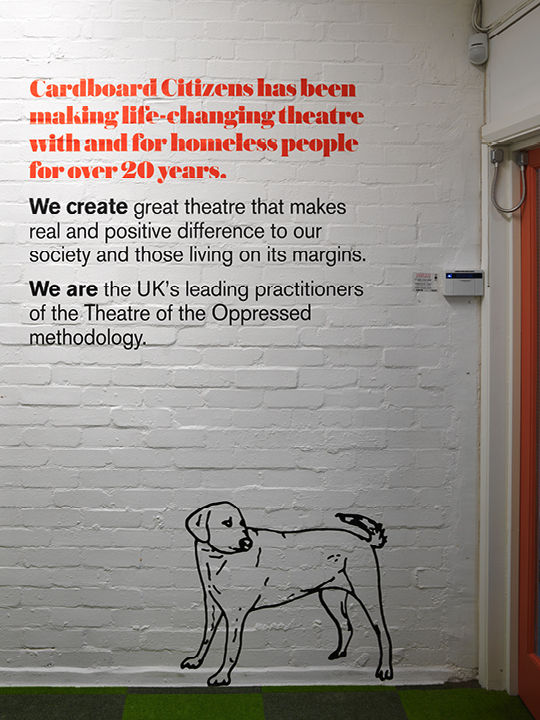 The consultancy has worked with the charity before on projects such as this inventive  ‘untold stories’ themed annual report. 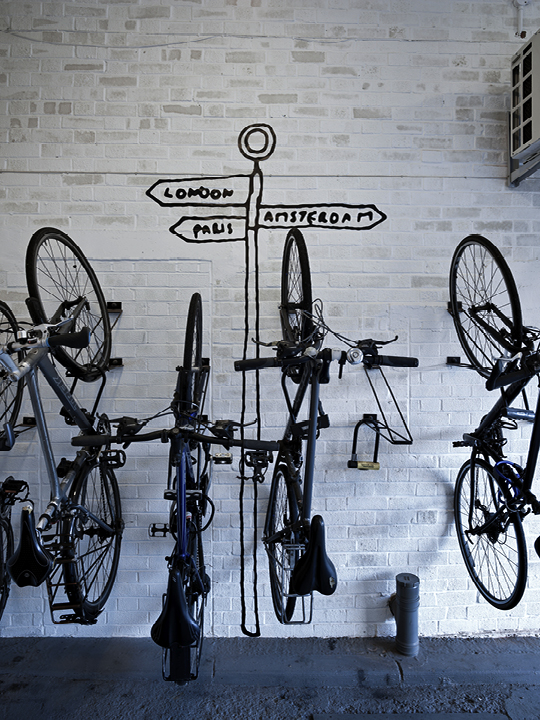 When Cardboard Citizens moved into offices in London’s East End it looked to Interabang to help turn the space ‘into something that was home for them and their members’ in a way that would ‘offer clues to their productions and other work,’ according to Interabang creative director Adam Giles. 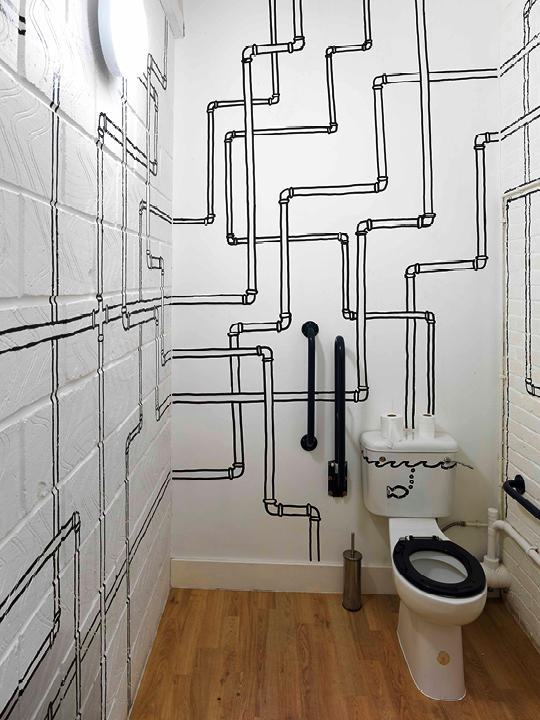 Giles says, ‘As they’re a homeless charity we wanted to make it feel like a home. They’re quite edgy, anarchic and exciting as an organisation so we had to consider that too.’ 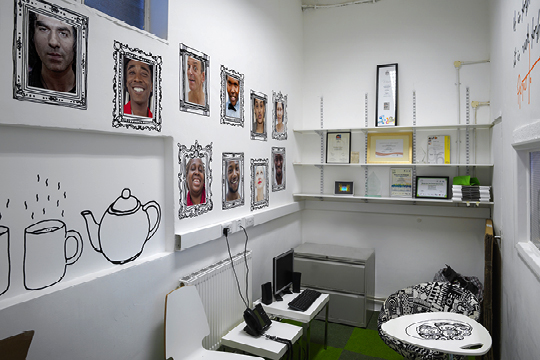 Much of illustrator Roderick Mills’ work is small scale and for editorial commissions and Giles says, ‘We wanted to make it look as if it had been blown up’, which is exactly what Interabang did – blow it up in the studio so it could be projected on to walls or transferred on to vinyls for direct application. 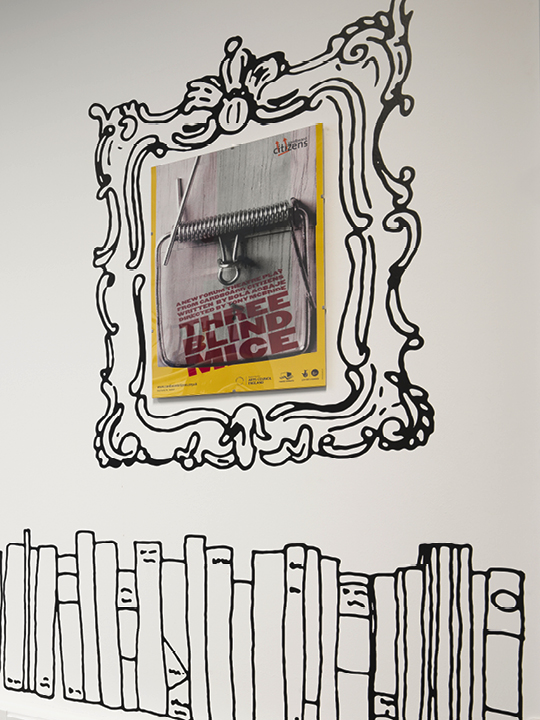 Some of the illustrations encourage further customisations form staff and employees, like the bookshelf where people will write the titles of their favourite plays on book spines. 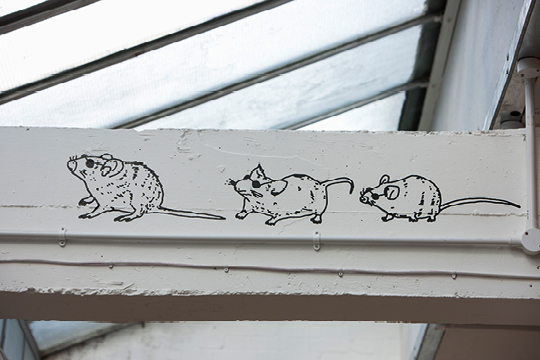 ‘Part of the reason it’s so eclectic and weird is the place is full of references to plays – there’s a meat grinder in the kitchen in reference to a play called Mincemeat and there are images of mice everywhere in reference to their Three Blind Mice play,’ says Giles. 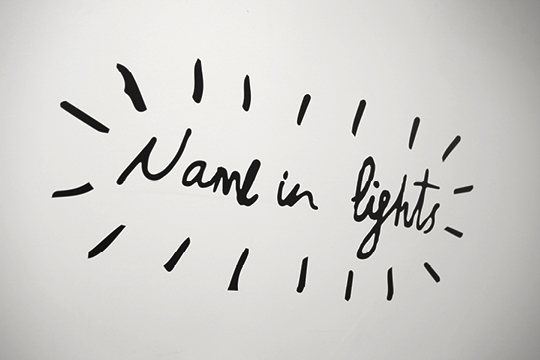 Part of the brief was to find a way for the charity to thank friends and donors, in a non-traditional way. 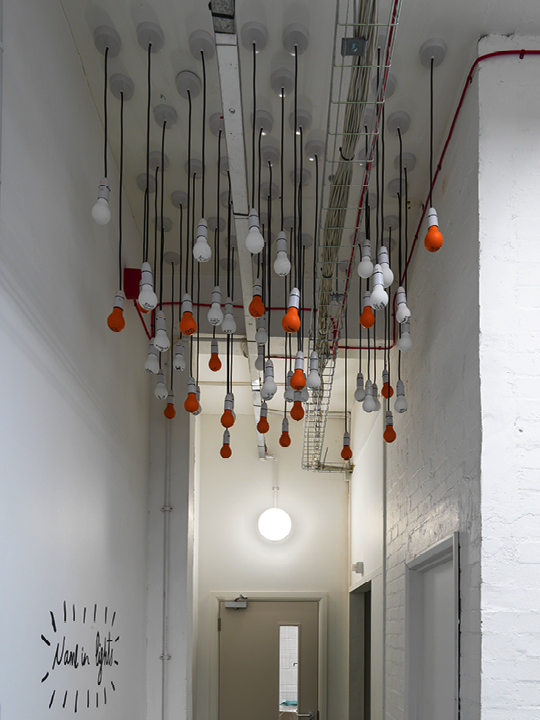 ‘We thought the idea of putting names in lights – as they’re a theatre company – was a nice idea; it can grow over time and almost appears like a 3D version of Mills’ illustrations,’ says Giles. 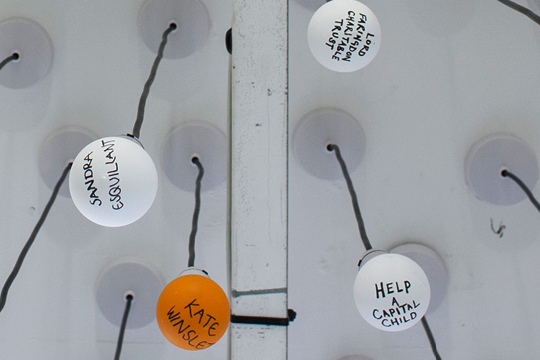 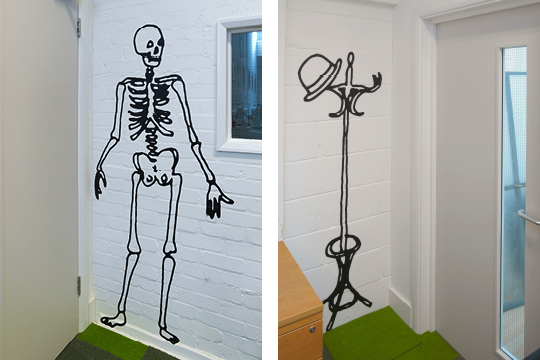 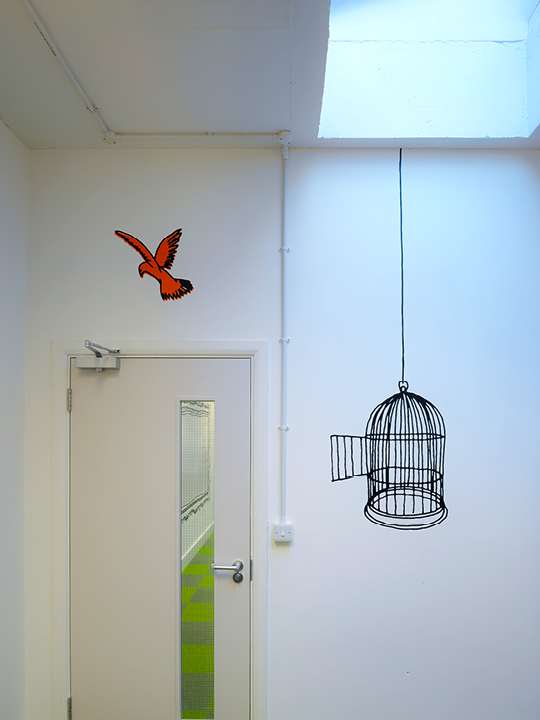