The festival is shaped by the children themselves, who are given (almost) free reign to transform the Southbank as they see fit, creating something colourful, fun, and often slightly bonkers.

Illustrator Jon Burgerman has worked with drawings created by children at the Southbank’s Imagine Festival Ideas Cloud to create a set of cute and surreal characters used in the Imagine festival branding.

The characters were initially created last year, and the 2014 event has seen their little worlds expand, with them now having pets and running amok, taking part in the kind of activities that the children who helped shape them can participate in themselves at the festival.

We spoke to Burgerman about creating the critters.

Design Week: How did you go about creating the initial characters from the children’s drawings?

Jon Burgerman: They’re created about six or seven months in advance of the festival. All the designs had to be related to, influenced by or inspired by children’s drawings that they sent in. The kids came up with lots of ideas and drawings – they pretty much have free reign on what they can do. I then started to redraw their characters and hone and redraw them. It’s sort of like Frankenstein’s monster – there’s the arms from one, the head of another… I took hundreds of drawings to make six characters. 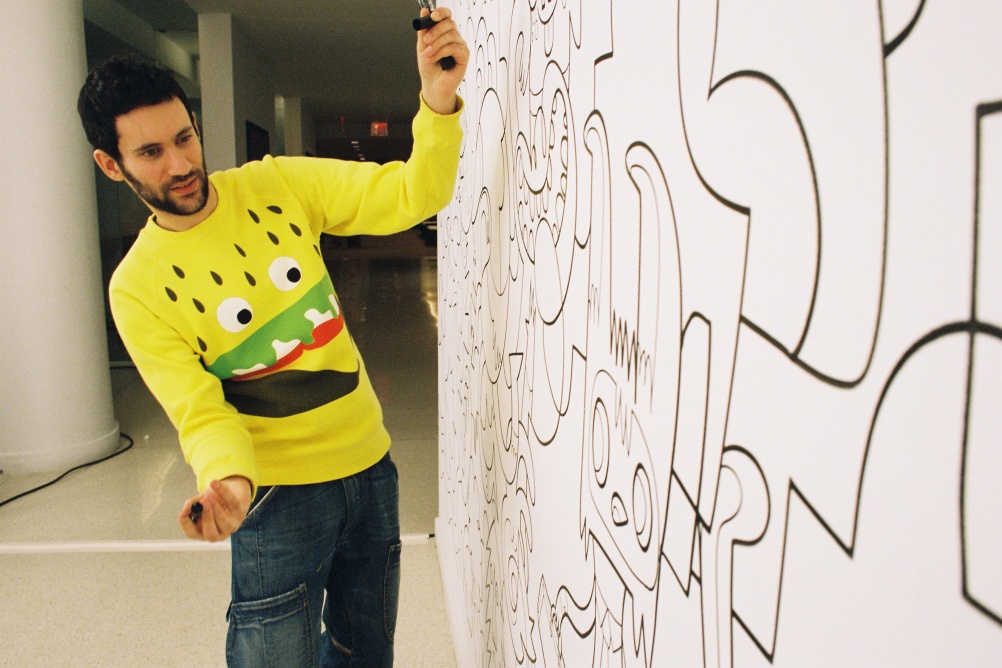 DW: Do you think the kids would be able to recognise their work in the final images?

JB: I created a matrix charting the process from the original sketches – it’s a bit like a TV show when they have the flow graphs. The lines show how this bit relates to that bit, showing my working.

DW: What are the main considerations in creating the characters?

JB: The characters have to reflect or participate in the activities that happen in the festival, and they have to have variety. I tried to make them draw monstery, humany, animaly, non-gender-specificy kind of things… The children ended up naming them –  I really wanted to hand them back. I felt a bit guilty about the project as a whole I felt the children’s drawings were so beautiful and imaginative: I felt I was cheating a bit taking the ideas from them. I wanted to be true to the material and retain the childlike quality.

DW: What made the children’s designs that you chose stand out?

JB: Just because they were cool I guess! I totally regressed back to being a child. I’ve been making work and characters for about 15 years or so professionally and you can’t help get into a stock way of working, then you see their drawings and think, ‘Oh you can have three hands on that! Or horns!’ It broke me out from my usual way of working.

DW: Do you think the process of working from children’s drawings will inform your other work?

JB: It has inspired me to loosen it up a little. That’s the magical thing about drawing -you’re only limited by your imagination, but as you get older you get more conventional about what people expect. When you’re a child none of that’s in your mind. [The project] gave me a wake up that you can really go anywhere. That pure imagination and enthusiasm in children’s drawings is definitely inspiring.

DW: What advice would you give to children and young people who want to make drawing a career?

JB: I guess you can learn techniques and everything, but it’s so important to look at as much stuff around you as you can. Not just other artists but other animals and weird stuff you can find in museums, and absorb as many cultural and interesting artefacts as possible. You’ve got to put yourself into the work – the most important thing is that it reflects you and your personality. You can spend hours practising and copying, but the thing that’ll stand it apart is having some personality – that’s what gives it the magic. 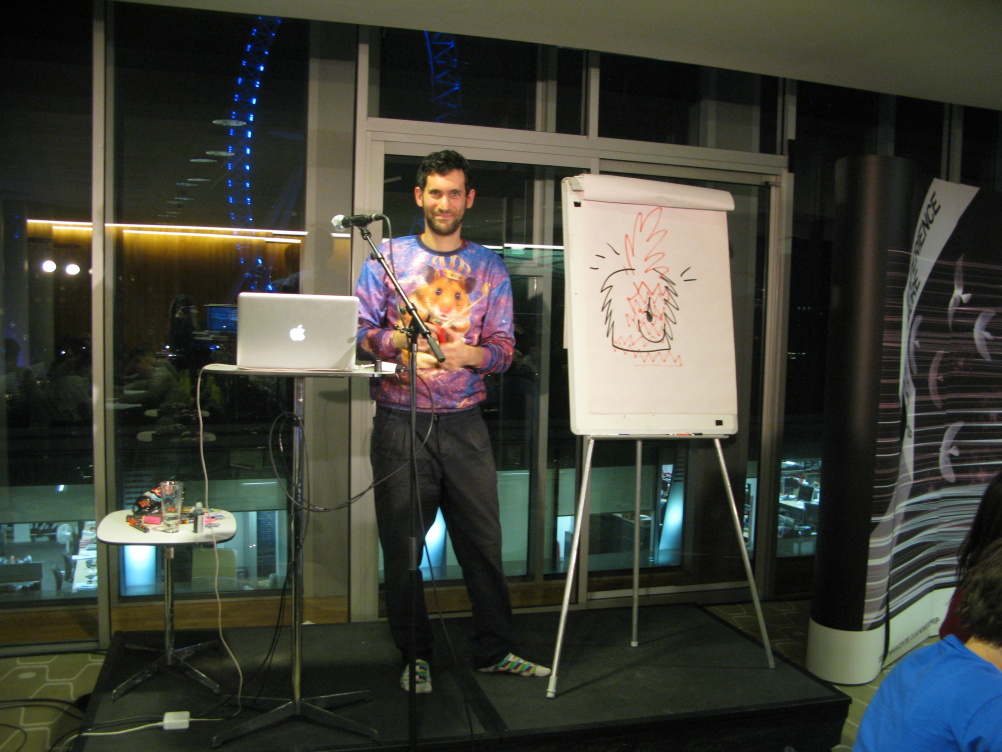