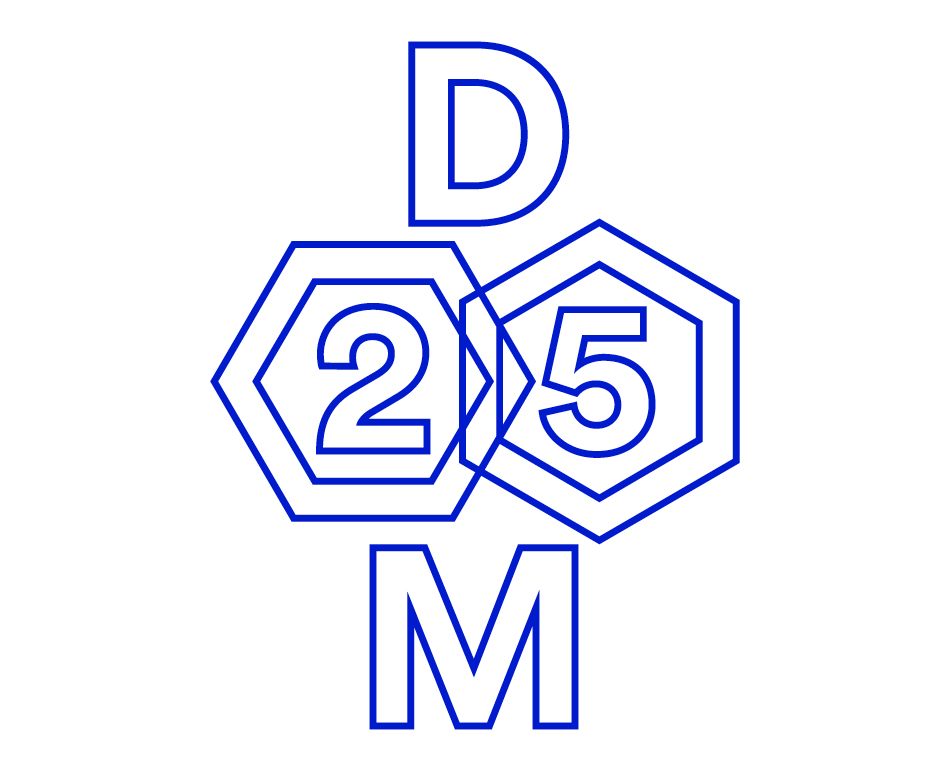 The mark will be used to represent the museum as it hosts a programme of talks throughout 2014 which ask, ‘What Next?’

The DM25 talks will explore the future of design and how the design world is changing according to the Design Museum. Thomas Heatherwick, Jonathan Barnbrook, Neville Brody, Javier Mariscal, Morag Myerscough, Sean Perkins and Paul Smith have already been lined up for the first set of talks, which run from February to March.

OK-RM was shortlisted in the Design Museum’s Design of The Year 2013 awards for the identity system of the Strelka Institute of Media, Architecture and Design, a Russian-based not-for-profit organisation.

‘After Designs of The Year we kept in touch with the curators,’ says OK-RM partner Rory McGrath, whose consultancy was appointed in October 2013 after discussions in late summer.

McGrath says, ‘We spoke to them about naming firstly, and although the logo is important, so is the “What next for design?” which is an umbrella question; It’s essentially a campaign and a typographic identity.’

The campaign helps the museum position itself as an institution ‘looking forward to what is happening next’ says McGrath who adds, ‘Rather than being retrospective, they want to think about the future.’

The identity will be applied as environmental graphics within the museum and on the outside of the building as on oversize graphic. There will also be a typographic installation in the museum stairwell and a DM25 website designed and built by OK-RM will launch next week.

‘The identity also has a transparency so it can be used over the top of the existing one,’ says McGrath.