Oxford University Press, which publishes Oxford Dictionaries, appointed Accrue Fulton in July 2013 to help it develop a new identity and brand strategy for the online proposition.

Accrue Fulton, which has worked on other OUP brands, started the Oxford Dictionaries project by holding workshops with the publisher to establish ‘direction and feel,’ according to head of international marketing at OUP Daniel Stewart. 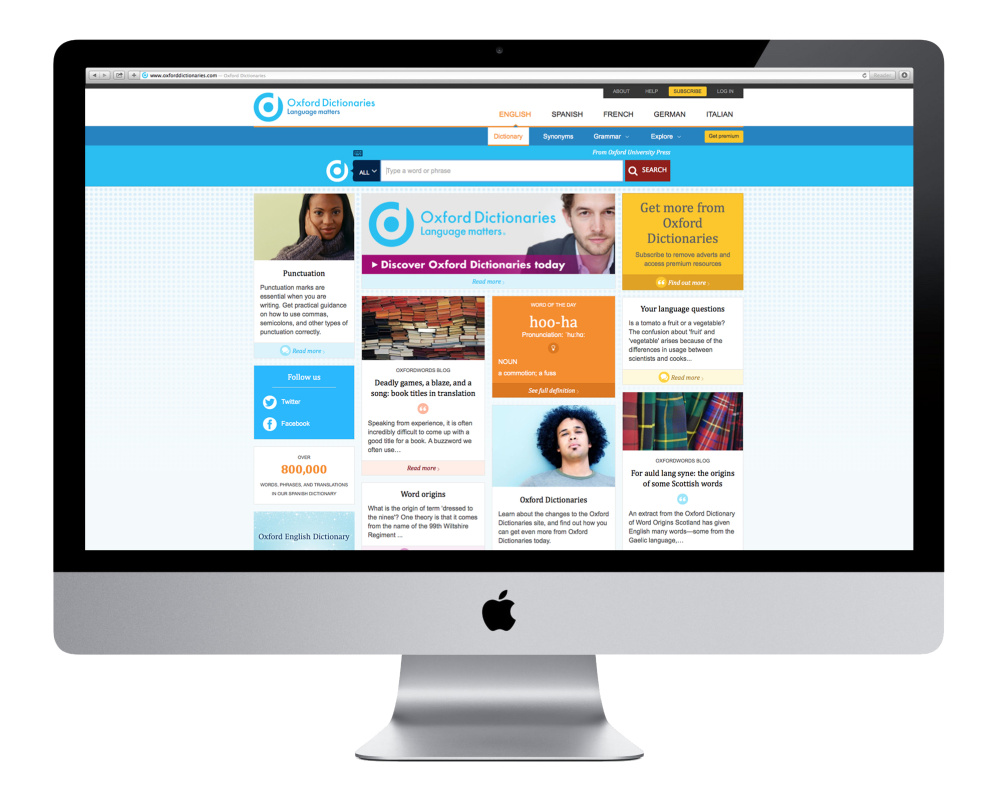 Stewart says, ‘Our objective was to not let online replicate print, and to move away from that kind of print branding and to give a different user experience.

‘We’ve got to figure out how the new look will fit in with print; it’s more likely print will slowly evolve. Elements will inform improvements to print design, at the cheaper end of the range first.’ 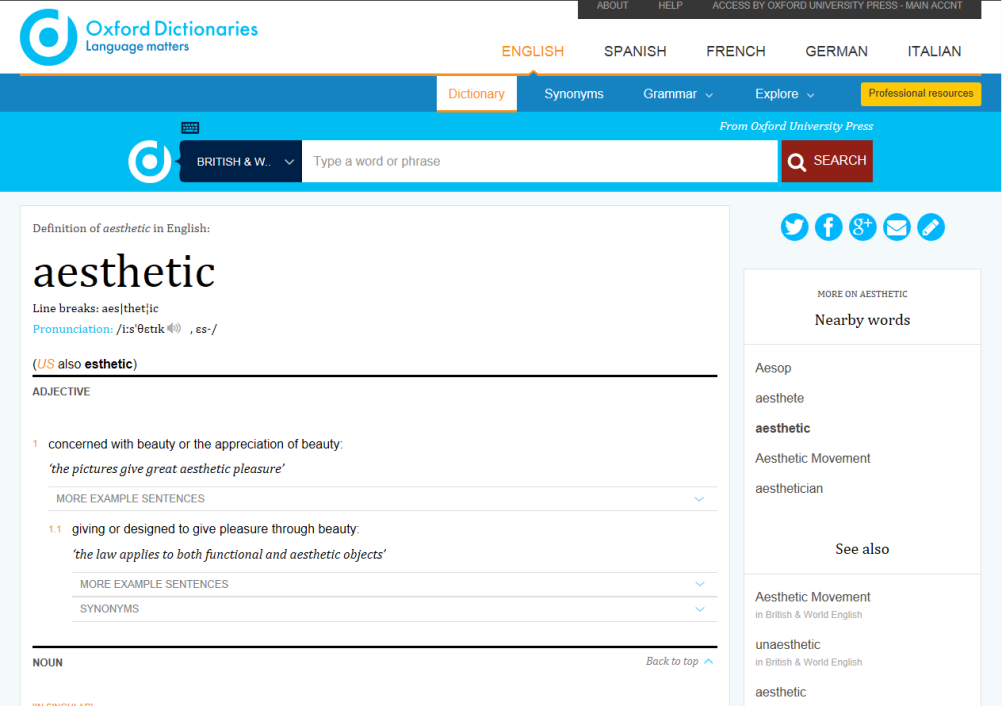 Accrue Fulton’s managing director Richard Gillingwater says, ‘First we looked at their audience and the competition and found that the underlying story is bringing more people a greater understanding of language.

‘Their audience profile is huge so we wanted something with mass appeal that wasn’t too poppy,’ says Gillingwater, who has helped devise a marque which can be read as an ‘O’ and ‘d’ simultaneously. 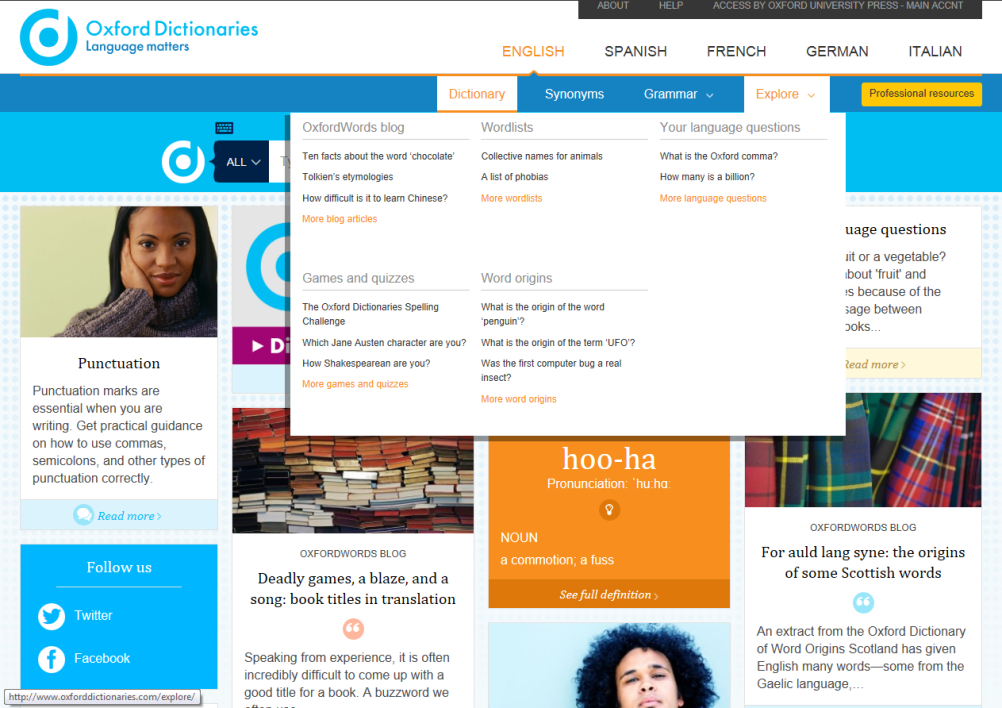 The roundness of the identity is about ‘accessibility and openness’ and the overall look across the site is ‘lighter, positive and fresher, without any heavy boxes, or anything too intellectual looking,’ says Gillingwater.

French developer IDM, which specialises in working with dictionary data, has rebuilt the site, with White October working on the interface design and user experience. 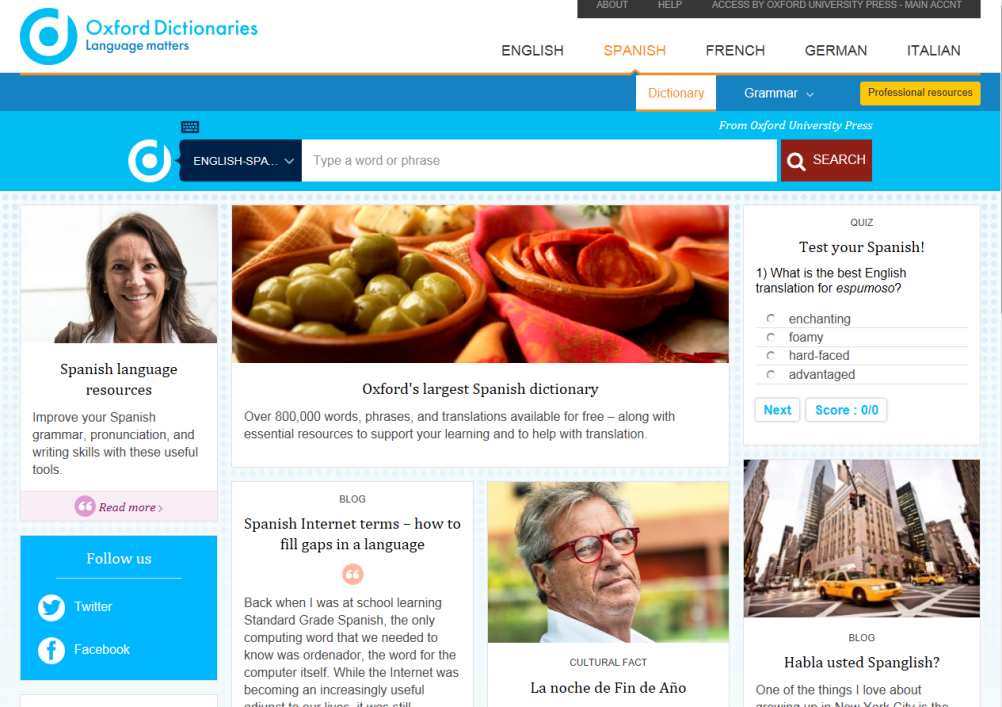 The new site provides content in multiple languages and has three levels of user access integrated into a design that balances advertising with site content according to White October. The consultancy has incorporated functionality for notes on punctuation and references works on grammar to word games and topical discussions.