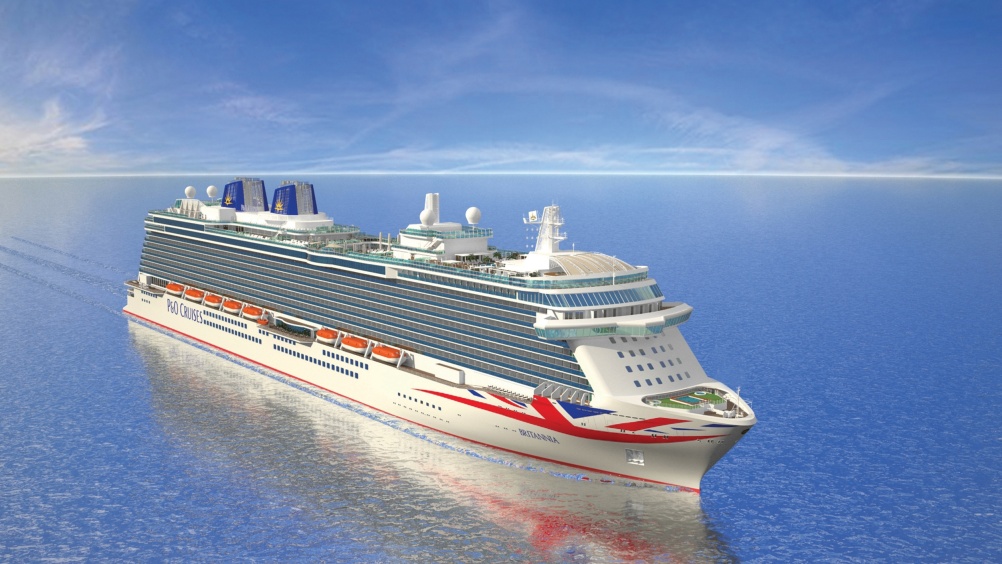 The new design has been created in-house by the P&O Cruises design team and managed by its lead designer Andy Giles. It was commissioned by P&O cruises owner Carnival Corporation.

A Union flag design will feature on the bow of the vessels, while funnels will be painted blue and sport the rising sun marque from the P&O brand identity.

This rising sun icon is a depiction of the Oriental part of the company’s full name, Peninsula and Oriental.

The 94-meter record breaking version of the Union flag design will appear on new flagship Britannia and other versions will be scaled to fit each of the eight ships in the fleet. 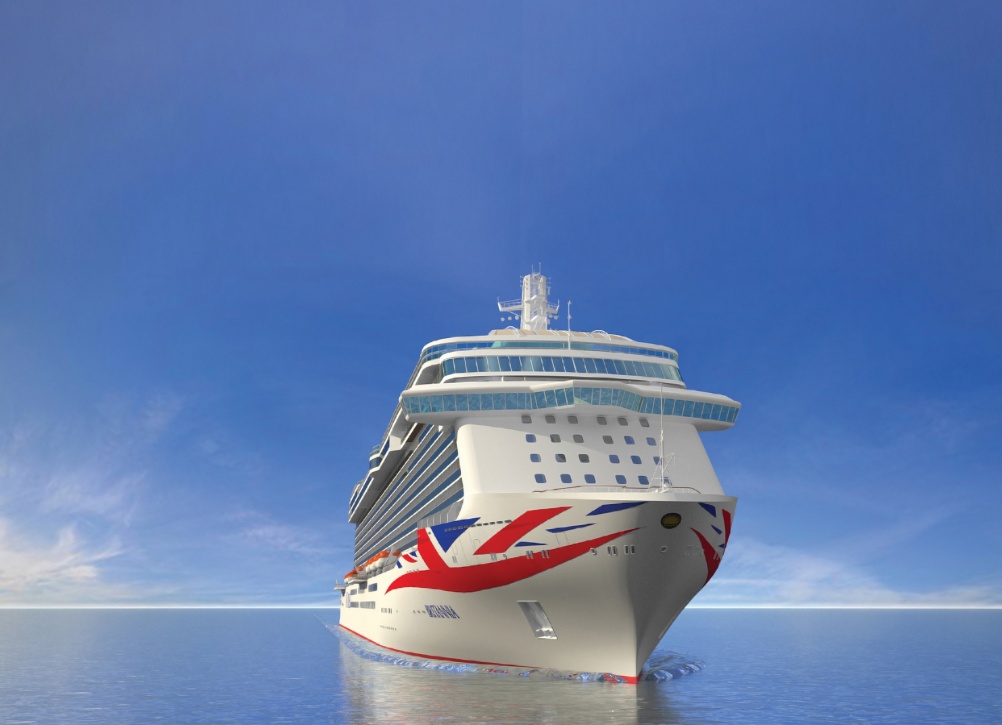 P&O Cruises says it is looking to ‘celebrate more clearly its British credentials,’ with the  designs which are ‘sympathetic to the ships’ sweeping lines  and enhance their presence in port or at sea.’

The new livery will first be seen on the hull of the Aurora in her dry dock later this year, followed by Britannia at her launch in February 2015 before rolling out to the rest of the fleet by the end of 2016.

The impossibly slippery experience of here and now