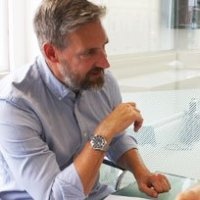 ‘The Government has to realise that nothing lasts forever without the right nurturing and investment. Getting the basics right, such as incorporating more creative learning into the secondary education curriculum, is therefore important – but what’s vital is that there is targeted and sustained investment across all creative disciplines. A “creative think-tank” should be set up that promotes productive ideological conflict by challenging policy and re-writing the rules. Perhaps the Government should go one step further by creating a role in the Cabinet for a Secretary of State for Creative Industries. Now that would be creative thinking…’ 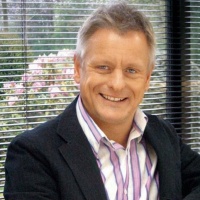 ‘In the main, we are a nation of logical, left-brain thinkers and not creative, visionary risk-takers. So, if I were in Government, I would make design, creativity and innovation as important to the curriculum as maths and English, so that 20 years from now our companies have as many creative directors as financial directors. Secondly, I’d redesign Government itself. We still take action based on a bunch of politicians fighting each other in the House of Commons, on a timeline that doesn’t reward long-term decisions but those that are likely to get you re-elected. The only constant in life is change but we aren’t changing fast enough.’

‘Each of the creative industries sees varying amounts of support from government. For design, it needs to be about fostering relationships and partnerships between designers and industry. While creative industries missions around the world no doubt promote brand Britain as a leader in design and innovation, what we also need is a business-focused approach to help British designers secure work. We’ve just become part of a UKTI-led taskforce that targets high-value opportunities in infrastructure and transport around the world. This is a great step forward and shows that Government is now more aware of the strategic value of design to industry as a whole.’

‘The creative industries contribute considerably more to the economy than the financial services (employing 2 million people, compared to the financial sector’s 1 million – which contributes just 1 per cent more than the creative sector to the UK’s GDP) – despite getting precious few column inches compared to the financial sector. If that isn’t enough to get the Government to wake up and smell the creative aroma… creativity is one of the least vulnerable sectors to automation (47 per cent of today’s jobs could be automated in the next 20 years) – a compelling reason to invest more in education. Today’s schools need to adapt and foster the creativity that humans will need to set them apart from computers. The Government needs to appreciate that a dynamic creative community is the lifeblood of a vibrant country, its culture and economy.’

‘In South Korea they have formed a ministry for the Future, Sciences and Creativity. This emphasises that the medium for culture is fast becoming digital and that an important role of design is to transform science into culture. A very significant 8.1 per cent of the UK’s workforce is directly employed by what we call the creative industries, however it should be noted that few scientists gain Nobel prizes without being outstandingly creative. The UK is a significant player in the global creativity, this is important for our economy. Why is creative thinking not taught in schools more seriously – the creative industries must attract the best minds? Who in both Houses of Parliament represents the voice of the creative industries? Why do we not have a Ministry for the Future, Creativity and Science too?