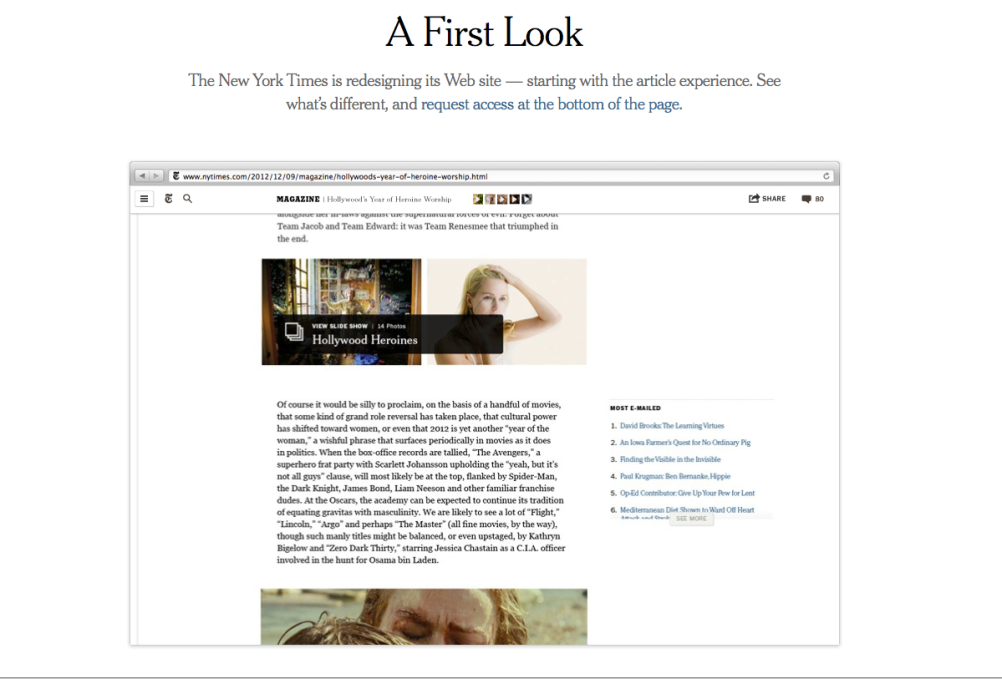 A redesign has been trialled, based around the look and feel of the articles in a bid to create a more engaging reader experience.

Now the New York Times has revealed that there will be ‘richer integration of photography, video and interactive story elements.’

This follows the paper publishing Snowfall: The Avalanche at Tunnel Creek article in 2012, an experiment in multimedia content featuring large scale integrated video and maps.

The new site will also feature more efficient navigation and ‘improved ability to scan and deliver content’ as well as the ‘persistent ability’ to share and comment, according to The New York Times.

Comments will appear alongside articles and a new messaging system ‘will keep the user better informed.’ 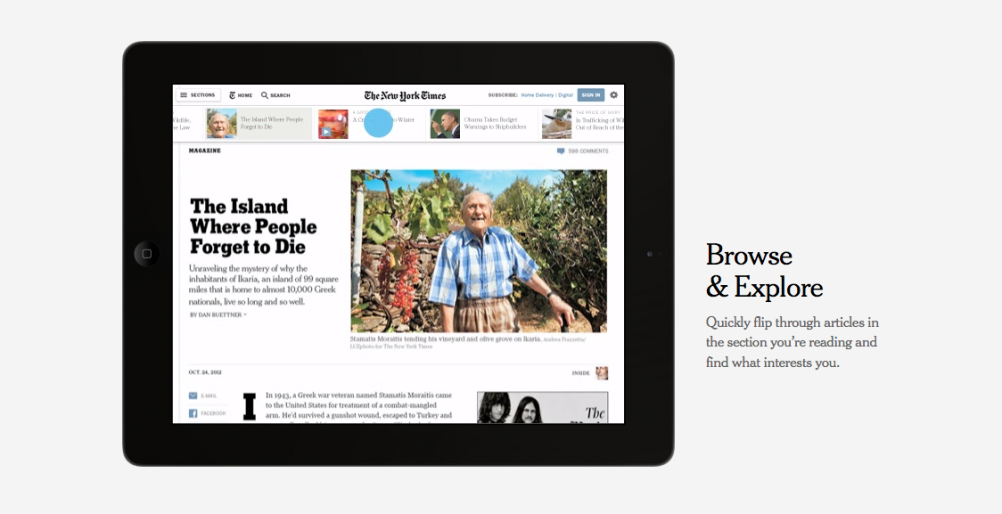 It promises to be faster, cleaner and ‘more engaging’, and optimised for all devices.

Meanwhile an ‘improved expression’ of the brand will appear through font and typographic changes, according to The New York Times, which says, ‘The home-page and section fronts feature a fresh layout, new navigation and new fonts.’

Denise Warren, executive vice president, digital products and services, The New York Times says, ‘With this redesign, not only are we refreshing the look and feel of our public-facing site, but we have also laid down the foundation that gives us the ability to regularly iterate and enhance the user experience on NYTimes.com.

‘We plan to continue making improvements, including introducing personalised navigation options that will allow users to customize their NYTimes.com experience to better suit their interests.’

The redesign will also feature ‘native ads’ – articles and videos created for advertisers by The New York Times, according to the Financial Times, which says they will be labeled as a ‘paid post’ and given a different colour bar and typeface.

According to comScore’s latest figures, in October 2012 the New York Times was the second most popular online newspaper site globally, attracting 48,695 million unique readers over a month, trailing only to the Mail Online which had 50,067 million.