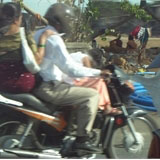 Doing business in India can be a tricky and radically different experience, but Adam White enjoys the challenge and gets on just fine – with a little help from the London Chamber of Commerce and overseas trade missions

INDIA often gets compared to China in terms of its growth. They are, of course, very different – the political structures are diametrically opposed and India is pleased to have English as a common language. This may make it easier to work there – certainly this is what I am told. India is a country of traders who believe that one day they may succeed, whereas China is state-controlled, so motivation has a different set of drivers than in a country where a family can grow and use its wealth as it likes.

I visited Mumbai for one week on a London Chamber of Commerce mission, which is a vehicle Factory Design has used to help our efforts to develop or continue business in Sweden, China, Taiwan and other countries. But India has been on our radar for some time and the visit was valuable.

You don’t turn up for a meeting, do some e-mail follow-ups and then get a brief. You have to build a relationship – this is very important to Indian people. At one meeting, the potential client even turned up with his wife, which was nice. We gave up the idea of cold calling as a new business tool a long time ago – it’s so last century. We get virtually all our business from contacts and referrals, though once in a blue moon from a business that has done ‘cold’ research on who they want.

Being part of a trade delegation adds gravitas when you appear at someone’s door and UK Trade and Investment has a research and introduction facility. Using this, I found myself with half a dozen well-chosen businesses to see in three territories over five days – with 40 hours travelling.

I had a conversation with a group of businessmen. In their view, everything possible had to be done to bring the country into the 21st century. What they were after was everything they were familiar with – tarmac, stainless steel and glass – but they seemed to have little interest in the country remaining Indian, only in it being simpler for them to travel in. I would be the first to advocate adequate healthcare, free education and the thieves who tried to steal my money at midnight in the back of a cab being thrown in the slammer, but let’s not encourage India’s growth to just conform with what we are used to. 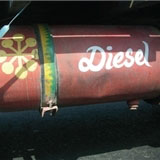 It’s rather like businesses we work for that have their products manufactured in China and, in the past, were lured into having the design ‘thrown in’. The net result is a product line-up with no distinction, nothing to set it apart from the guy next door who has done the same thing – no brand, in short. The product design I saw in India fell into either the ethnic/craft or generic international category, with no bearing on India itself.

One night, as we barrelled through the traffic, we passed a group of about 20 people – mostly kids – sitting on the pavement watching a TV on top of a metal case that looked like a permanent installation. It was a scene that is repeated across the developing world. I thought it summed up the raison d’être for the design business, because all these people were watching Mission Impossible 2.

We know how influential what you see on the TV can be. Everything we see affects our perception of what is desirable, and this global thread means that those working for the top brands are influencing everyone, everywhere. This is great, as long as we embrace other cultures and don’t imagine that the Modernist dream is at the end of the evolutionary rainbow for design and architecture. I met a lot of very happy people, whose lives were rich and content – maybe just because of the madness of it all.

We’ve all heard the tales of chaos, beggars, poverty and slums, but India was a complete blast. When yet another person asks what it was like, it is hard to give a straightforward answer. Meanwhile, discussions about a transport product with an Indian manufacturer continue.

Adam White is a creative partner at Factory Design