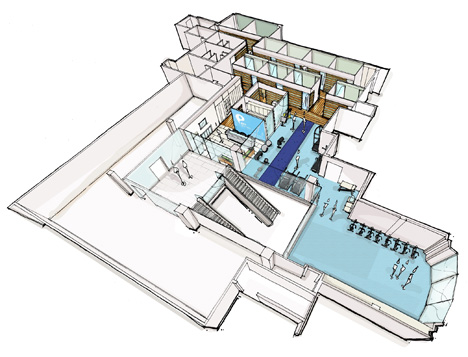 Pure Sports Medicine works with elite athletes such as national teams and Premiership football clubs, as well as amateurs.

Felt has been working with Pure Sports Medicine since the consultancy was founded in 2007, according to creative director Scott Manning.

As well as working on the company’s branding, Felt has also previously developed interior designs for facilities at David Lloyd’s Raynes Park site, as well as standalone Pure Sports Medicine sites in Kensington and the City of London.

Felt began working on the website and flagship site around a year ago. 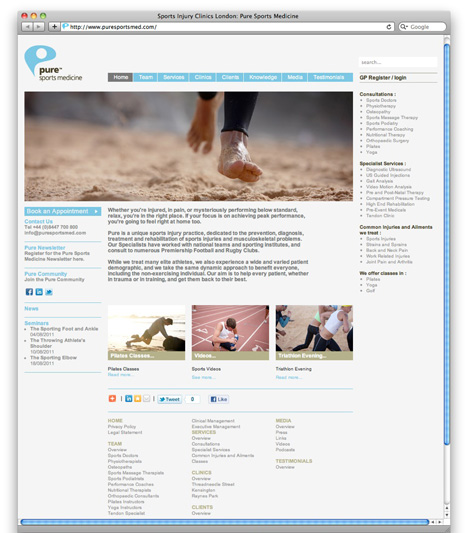 The website, which is set to launch this week, will act as a tool for GPs and Pure Sports Medicine staff to book and reference treatments and will also host an enhanced media section with audio and video of recommended exercises.

Felt worked with photographer Dick Sweeney and art director Alison Landy to create visuals for the site, which were shot in Sydney, Australia.

The site, in a retail development in Canary Wharf, will act as the brand’s flagship premises when it opens in September, according to Manning. The 500m2 physical environment will feature exercise facilities as well as consultation rooms.

There will be digital links from the physical site to the website, including an iPad display.