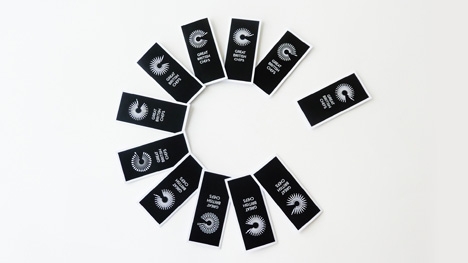 Great British Chefs is based around an iPhone and iPad app, developed by Hat-Trick and We Are Apps, which features more than 180 recipes from the chefs, including stuffed tulip and bubblegum pannacotta.

The app features three menus made up of five courses from each of the chefs, voice-control and how-to films to help people cook, and a shopping list function.

Hat-Trick has also worked on a website and created booklets and business cards for each of the chefs, which feature their favourite menus. These will be available in each of the restaurants run by the chefs, such as Mendes’ Viajante and Marcus Wareing at the Berkeley.

Hat-Trick was appointed to the work around six months ago following a credentials pitch, according to Jim Sutherland, the consultancy’s creative director. Sutherland says Hat-Trick was briefed to develop an identity ‘with consideration for the app’.

The identity is based around a graphic marque that can be constructed from different kitchen implements, such as knives and rolling pins. Sutherland says, ‘The marque is so strong we felt we could use different implements for different iterations.’

Sutherland says there is potential for the brand to roll out further, such as to different countries, and the identity would be able to adapt to deal with this.

Call to bring design education on to Government’s Innovation Strategy