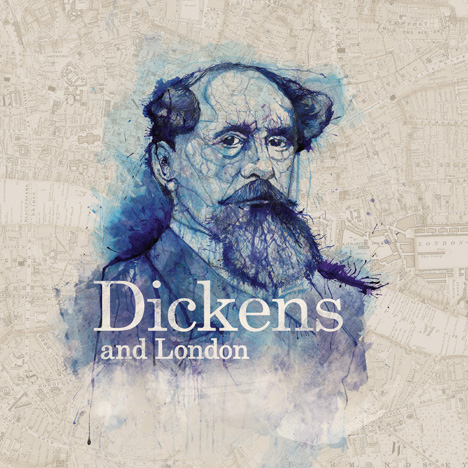 Along this journey graphics,  original objects and interactives will tell Dickens’s story in its London context.

At one juncture screens measuring 5x3m will show an original film commissioned by the museum, exploring Dickens’s imagination.

Victorian artifacts including a watchman’s box,  pub sign and gas lamp will be installed, to show what may have inspired the author.

Graphics will be applied by a ‘scenic artist’, says Symington, to make ‘gritty and real’ images .

An unfinished Robert Williams Buss painting loaned by the Dickens Museum will show Dickens sitting at his desk with his ideas – as characters – coming out of his head.

This will sit next to his writing desk and chair as well as a commissioned animation which will ‘bring the characters in his head to life,’ says Symington. 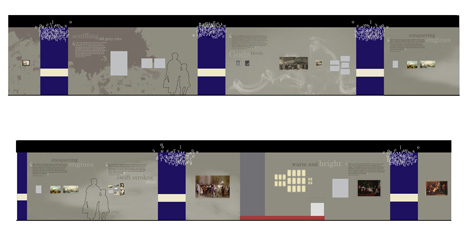 Elsewhere family photo albums, which can be handled, will show what appears to be a ‘happy scene’, but as visitors look underneath ‘something more disturbing can be found,’ Symington says.

In May Cog Design  was asked to work on an external campaign for the exhibition on the strength of its previous work for the museum.

‘After exploring the idea of being immersed in type we found out that Dickens used to write in blue ink,’ says designer John Burton at Cog Design.

Pencil, Indian ink and standard ink were used to create the brand image – an impression of Dickens – created by Burton.  A quill-based effect has been applied as well as bleeding and ink blowing techniques and ‘using washes of lighter ink and heavier ink and allowing it to run,’ says Symington.

Cog Design’s campaign has been delivered to the museum and will begin to appear on posters banners and a brochure in the run up to the exhibition opening.