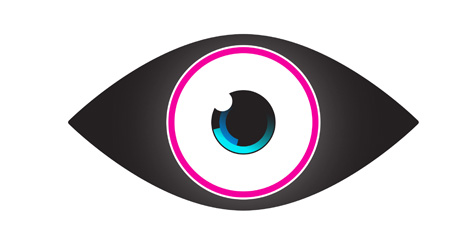 The new eye logo for the forthcoming series of reality television show Big Brother has been unveiled, as the show, which airs next month, makes the move from Channel 4 to Channel Five.

Hello Charlie will also create the Big Brother title series’, which it has done for the show every year since 2005, previously in conjunction with the logo designer. This is the first time it has designed the eye itself.

The original Big Brother logo was designed in 2001 by Daniel Eatock, previously of Foundation 33.

Paul Tigwell, Hello Charlie director, says, ‘Because it’s a new channel it’s a new programme but you have to maintain people’s expectations for Big Brother as an iconic brand but also encompassing Channel 5’s core values with a design that really symbolises the channel.’

Hello Charlie used an icon based on the idea of a ‘hybrid of the human and the mechanical’. It aimed to use the basic structure of the eye to reflect Channel 5’s ‘straight talking’, ‘honest’ values, according to Tigwell; as well as creating a logo that can be easily adapted for future series’ across all touch points including print, online, television and other media.

He adds, ‘It had to be timeless, and something very instant and obvious for the viewer.’

Liz Dunning, director of broadcast specialist Dunning Penney Jones, says, ‘It seems the Channel 5 strategy is to take the icon and evolve it in a way that’s very aligned with their own brand.

‘When you look back to the Channel 4 logo they built a lot of emotion into it- everyone knew it was Channel 4 so they didn’t have to stamp that all over it.’

Nick Scott, creative partner at Studio Hansa, which works on broadcast designs, says, ‘From a logo point of view, it’s a nice execution – it’s a little bit more classic. Before there was quite harsh edges and a techno feel with smashed glass and a jagged look.’

Scott adds, ‘It seems it’s a reboot of the franchise to make it classic and move away from how it was perceived – it’s going a bit more mature.’