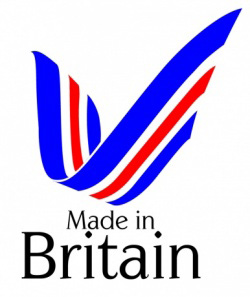 The Made in Britain marque, which launched last week, was designed by Nottingham University student Cynthia Lee, following a student competition run by Stoves. Lee received £200 and and LCD TV for winning the contest.

Hosted on the Stoves website, the logo is available to download for any companies or manufacturers who produce their products in the UK. Stoves says the application process ‘is designed to be self-policing’ and a spokeswoman for the company says those who use the logo will have to sign up to terms and conditions from the Trade Descriptions Act 1968, and will themselves be responsible for this.

Conservative MP for South Staffordshire Gavin Williamson, who had previously spoken in Parliament in support of the Stoves campaign, says, ‘I believe a Made in Britain marque is a great way to highlight what Britain does best and it is high time we showed how proud we are of our British businesses.’

Denver Hewlett, chief executive of Stoves, says, ‘We think that this logo really captures the essence of the campaign and will proudly be displaying it on our website and marketing material and encouraging other UK manufacturers to do the same.’

Companies including Cains Beer, Imperial Bathrooms and Screen Tek have reportedly already signed up to use the logo.

Leaving aside any aesthetic criticism of the identity (and one leading UK designer told Design Week the logo made them ‘recoil in horror’,) some observers have raised questions about the commissioning process and the intended use of the logo.

Deborah Dawton, chief executive of the Design Business Association, says, ‘The intentions are obviously good and Stoves have obviously commissioned something that works very well for them. What it isn’t is a national marque – clearly the DBA wouldn’t advocate a national logo being created by a design student.’

The Associate Parliamentary Group is currently running its own unrelated campaign to promote UK design and manufacturing – called Made By Britain. This project sees all MPs asked to nominate a product that is manufactured in their constituency. Nominations so far include custard creams (made in Carlisle) and the Mini (Oxford East).

APDIG manager Jocelyn Bailey says, ‘Our initiative relates much more to UK jobs.’ She describes the Made in Britain campaign as ‘a little shortsighted – in that global supply chains are really important. In the Made By Britain initiative a lot of MPs are suggesting componants that go into things – and even if you take something like fishfingers [made in Great Grimsby] the fish is imported, they’re only made in the UK.’

Made in Britain is clearly a buzz phrase at the moment – BBC economics supremo Evan Davis is currently presenting a TV series with that very title looking at the UK economy, and much of the activity can be traced back to Chancellor George Osborne’s pronouncement in March that ‘We want the words Made in Britain, Created in Britain, Designed in Britain and Invented in Britain to drive our nation forward.’

Dawton, who points to the Foreign Office-run Queen’s Award for Enterprise as one potential model for a national marque, says, ‘Going beyond what the marque actually looks like, it would need to be picked up and checked properly. The best thing would be if this latest campaign prompted action for something to exist officially.’