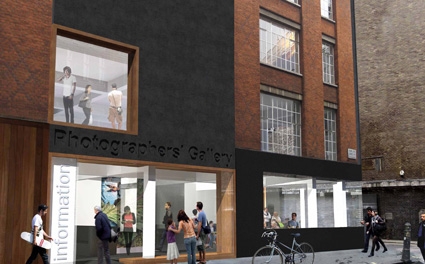 Work is ongoing on the new building, designed by Irish architect O’Donnell & Tuomey, which is set to open on Ramillies Street, London W1, later this year.

North was appointed to the project at the end of last month following a credentials pitch and will work with Jane Wentworth Associates, which has been developing the gallery’s brand strategy.

North created the Photographers’ Gallery’s current typographic identity, which has been in use since 1996 and is described by North founder Sean Perkins as ‘a holding identity’.

Perkins says, ‘The identity we developed back then is like a caretaker brand – it was always the intention that it would be updated.’

He adds, ‘Now they’ve got new architecture, a new strategy and a new location. We’re looking to develop a new identity that will be bolder and more exciting – what we won’t be giving them is Helvetica.’

As well as the overall identity, North will also develop marketing materials and signage for the new gallery.

Call to bring design education on to Government’s Innovation Strategy