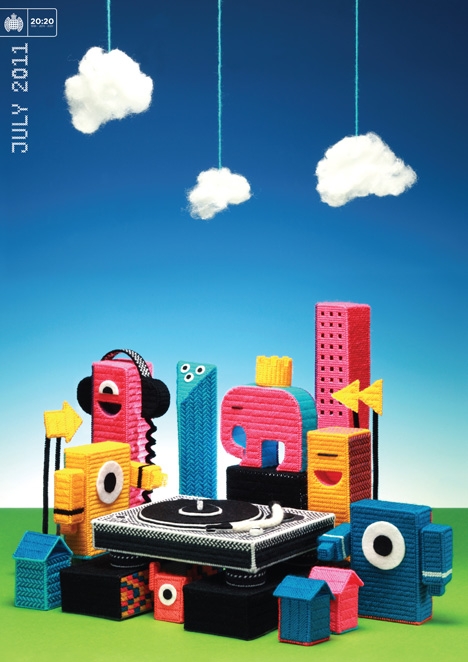 The consultancy is on a retainer to work with the club, and creates a different series of three artworks for each quarter of the year. This quarter’s work depicts scenes featuring hand-knitted characters and objects (July’s work is pictured).

Studio Output designer, Shahnaz Ahmed, says, ‘The brief was really open. With the knitted thing it was work I’d been doing in my own time that I’d wanted to do for a while, so I leapt at the opportunity to do it for a brand.’

The characters and objects were hand-stitched then photographed by photographer Richard Paul.