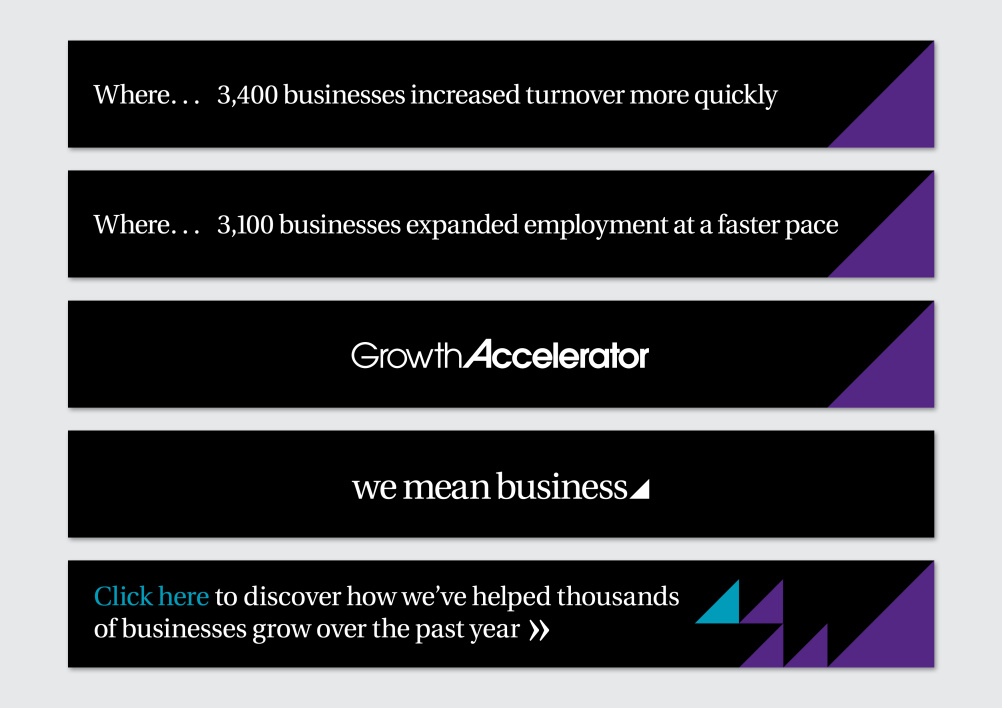 Aileen Geraghty, managing director at 999 London, says, ‘The programme’s ambition is to get the country out of recession.’

GrowthAccelator originally launched in 2012, and grew ‘slowly and organically’ according to Geraghty. She says, ‘The original identity developed in a way in which it wasn’t talking to the right audience’.

999 was appointed in March to rebrand and reposition GrowthAccelerator. The consultancy was brought in by accountant Grant Thornton, which is lead delivery partner for the project. 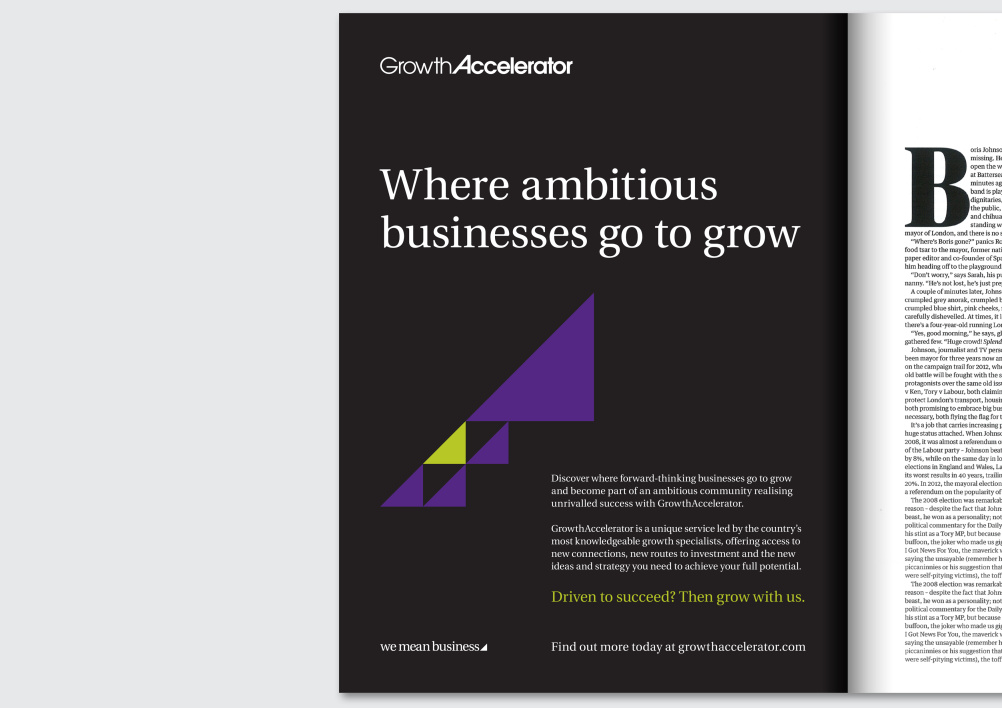 The consultancy says it has aimed to ‘challenge what one might expect Government-backed business communications to look like’. Geraghty says, ‘There was a different approach previously, it was much more lighthearted.’

She says, ‘We were working on the mark and we realised the key visual element was the angle of the “A” in Accelerator.’ This is carried through to graphic elements on different touchpoints.

Geraghty adds, ‘Visually it’s a far more grown-up and confident brand identity which now relates to the refreshed logo through a distinctive variety of brand assets which stem from the directional letterforms.’ 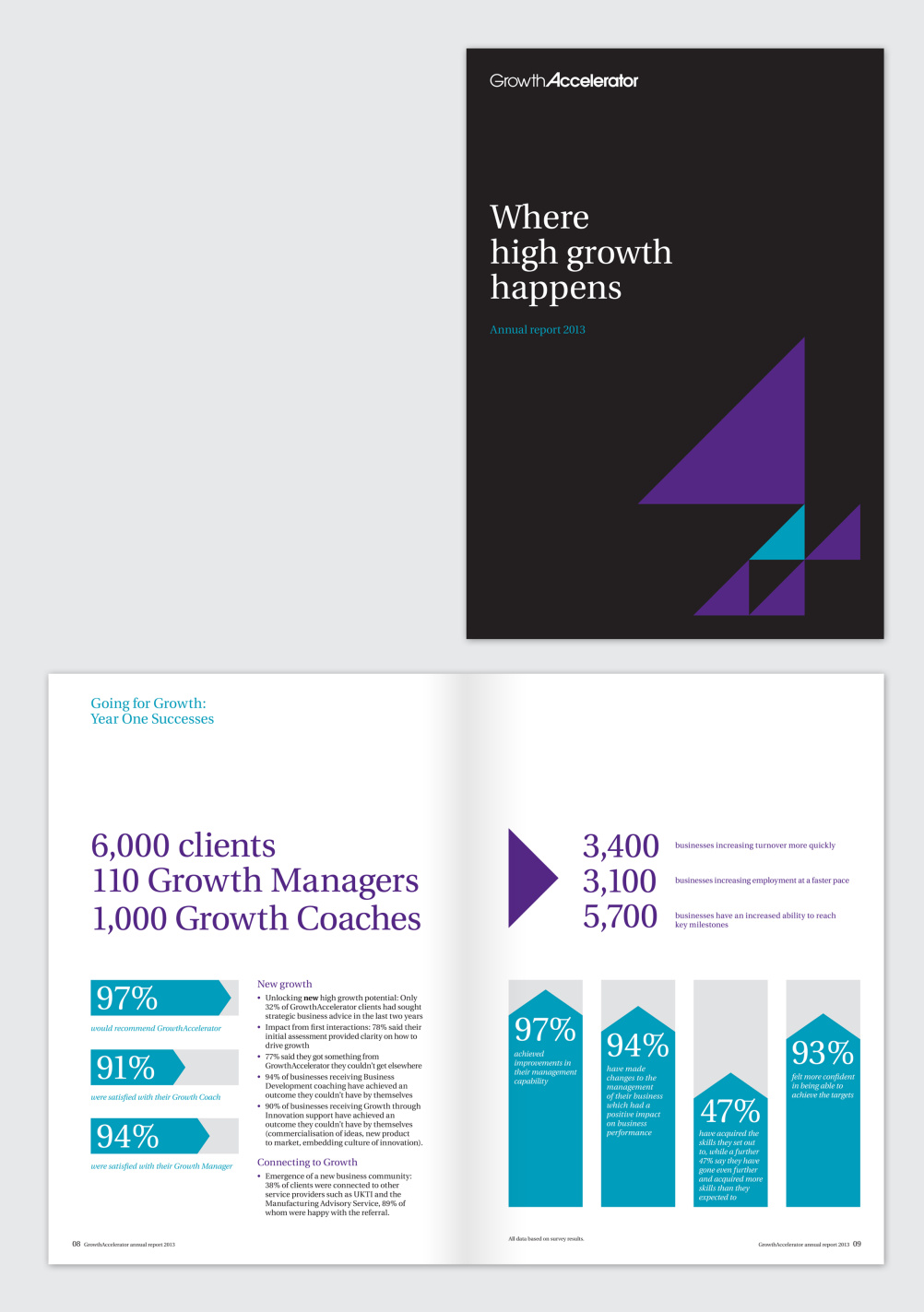 The new identity is launching on GrowthAccelator’s annual report, which launches this week, and will also be used on a new website and campaigns promoting the initiative.