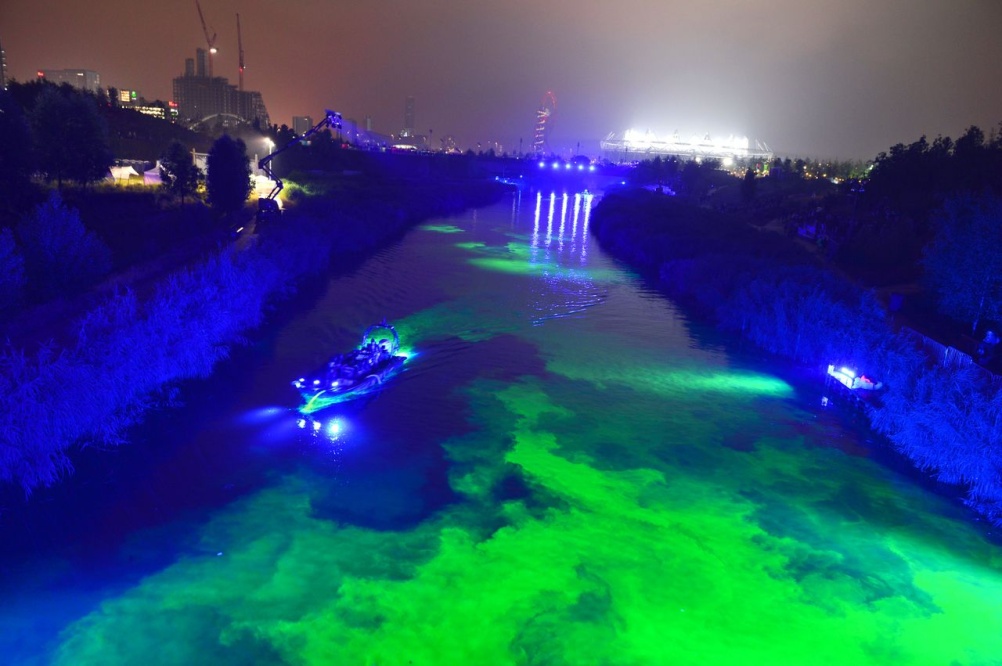 Billed as a weekend of music, food, and entertainment, the Saturday and Sunday nights were closed with a surprise commission by Bompas and Parr who turned the River Lea emerald Green.

At 9.30 on both evenings as ‘water music’ emanated from a glass harp crowds were drawn to the River Lea, which began to glow green. 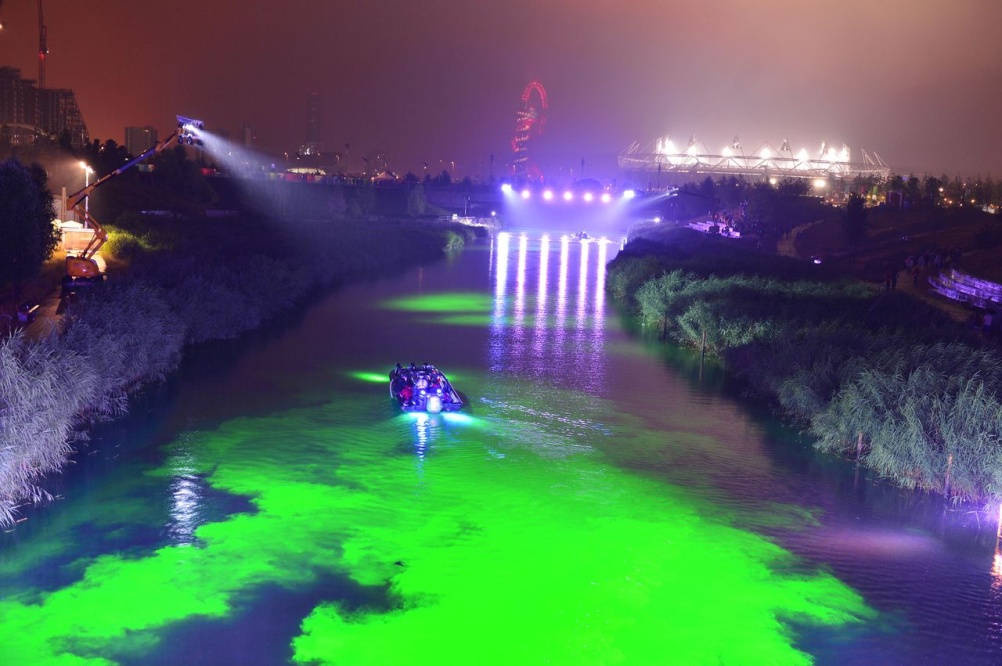 We’re informed that a safe fluorescent light reactive dye was tipped into the river from boats – an act that may have looked like radioactive material was being jettisoned. 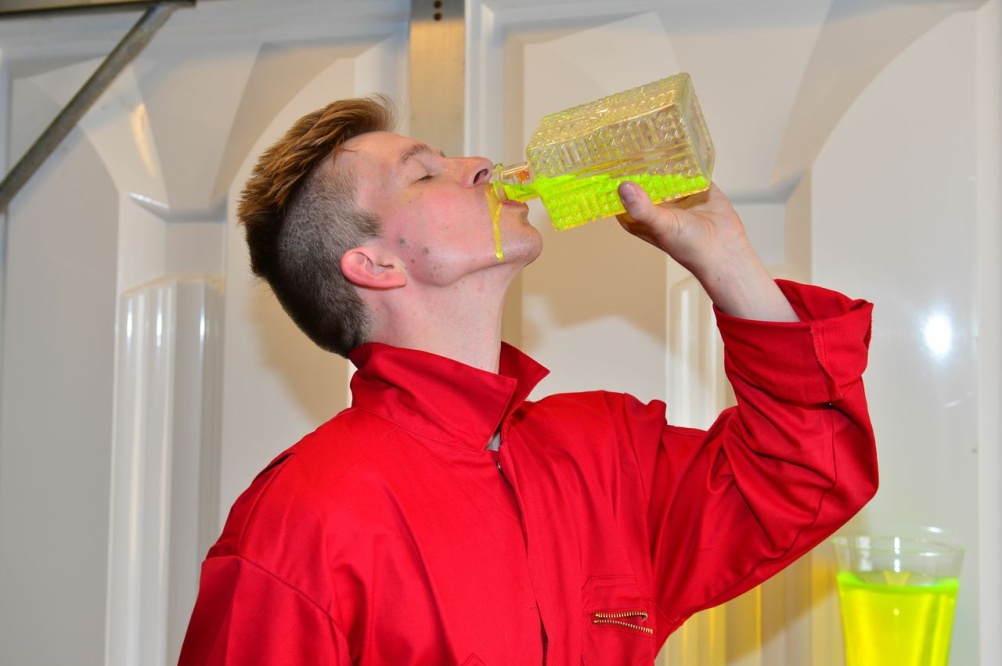 The effect was heightened with blue lighting, completing Chromatopsia: A Water Symphony, which was designed to explore themes of ‘light, sound, colour, liquid and movement’ and the river’s place at the heart of London’s newest park.

Chromatopsia was developed in collaboration with the Barbican, Create London, the London Legacy Development Corporation, the Environment Agency and the Canal & River Trust. 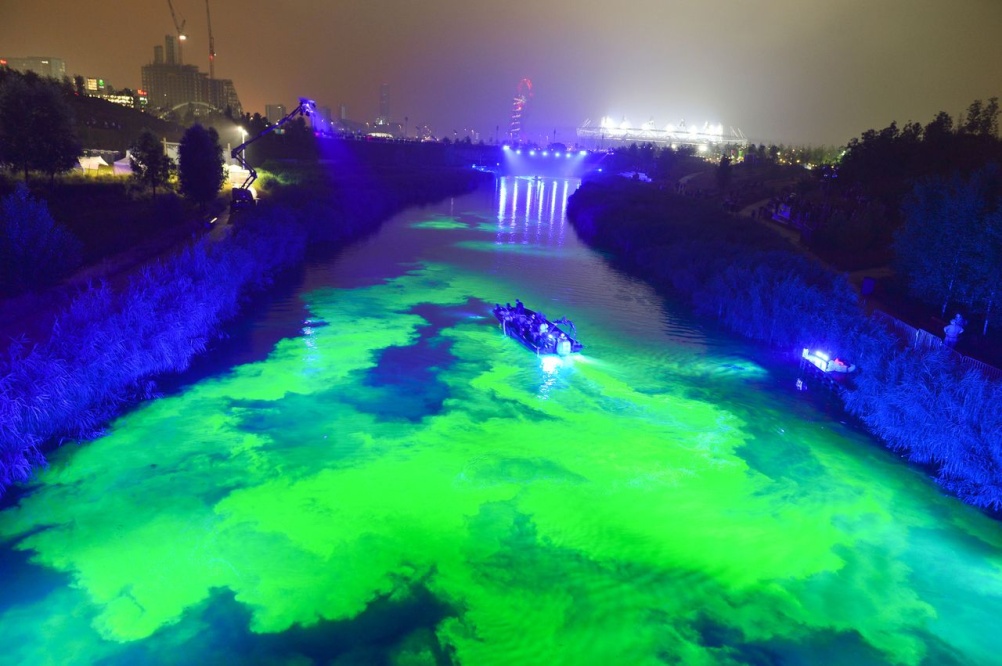 Bompas & Parr worked closely with Professor John Girkin, director of the Biophysical Sciences Institute at Durham University, to develop the technique and light responsiveness of the dye.

If you’re wondering why they went for green, Sam Bompas says, ‘The Queen Elizabeth Olympic Park landscape is the inspiration for this interventionist artwork, a piece that highlights the natural beauty of one of its key focal points – the River Lea, with the green echoing the ecological credentials of the park.’

There was also a chance to see the return of Sacrilege, the life-size bouncy castle replica of Stonehenge by Turner Prize winner Jeremy Deller. 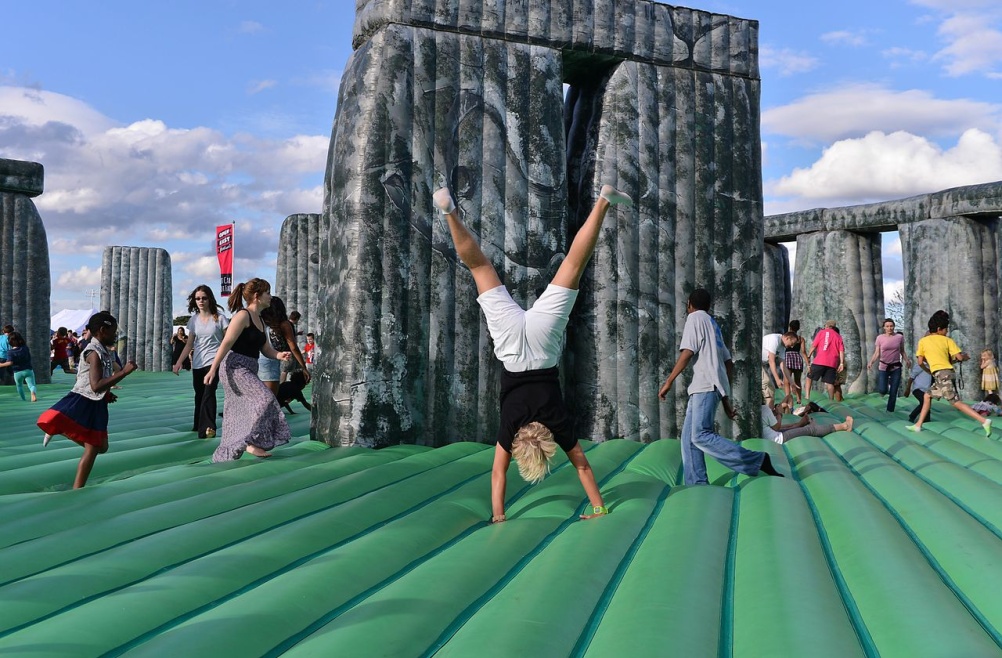 X marks the spot – a new identity for Oxford Street