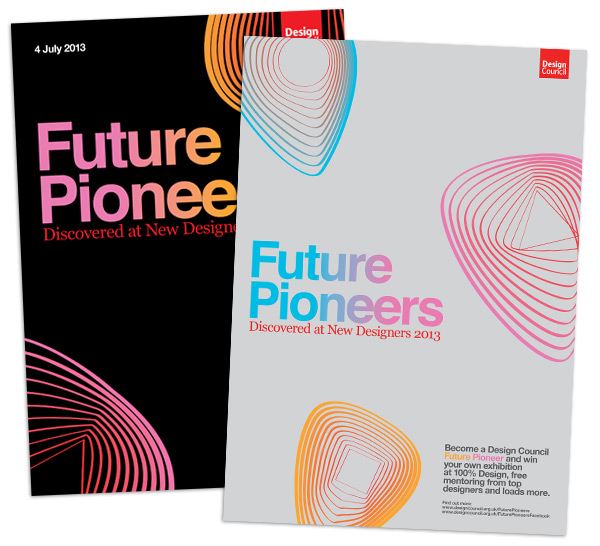 It was a challenging day. Not just because we had to choose five winners from nearly 1500 exhibitors but the criteria we were selecting on were pretty stringent.

We were looking for designers who were inventive, ground-breaking, innovative and going beyond the boundaries of their craft. We were also judging the designer as much as the work they created.

There were some challenges in this. We found it much easier, for example, to apply these criteria to product or interactive design than to illustration or graphics, which is a shame, as there was some outstanding graphics work at this year’s New Designers.

It was also interesting to have to think about the potential for the project (and the designer) and look beyond what was presented on the stands.

Despite this, we managed to pick five winners which all the judges thought were outstanding.

As one of the judges said during deliberations, augmented reality is a technology that’s crying out for a proper application. Joshua Barnes’ Augmented Quilt uses AR in a way that’s inventive, practical and, most importantly, human. The quilt is aimed at alleviating loneliness among children who have to stay in hospitals for long periods of time, and each animal illustration on it can be designated to a family member, who can upload content.

Barouillet’s project aims to give control to people with type 1 diabetes and help them manage their treatment – and it does it in pretty imaginative ways. As well as creating a kit for people to build their own insulin pumps (cost-effective and hands-on) Barouillet also proposed in-built tattooing kits in insulin injectors, to make a difficult process more enjoyable.

The judges were pretty gobsmacked by this one. It’s an organic filter, made from live mushroom filaments, that can absorb and neutralise contaminants in water before naturally and harmlessly decomposing. The mushroom mycelia filaments are able to absorb pollutants such as heavy metals and synthetic substances. Clifford is already working with manufacturers to take his project forward.

A project that combines digital innovation with community networks, Harkins’ app is aimed at encouraging resourcefulness in crafting. Users can input materials they have in the house, and the app will suggest projects they can create. If they are missing any materials – however small (e.g. a few inches of ribbon or some pieces of string) – the app will put them in touch with local fellow crafters looking to give away the offcuts of their own projects.

As I mentioned earlier, with much of the visual communications work developed in response to a brief, or with half an eye on potential clients, it was a challenge to find Future Pioneers – even if many of the projects were outstanding. Matt Wilson hit the mark though with his Conflict Free Electronics project. Not only are the graphics and animation superb (and have already been picked up by a charity) but Wilson’s premise was simple. The project aims to raise awareness about conflict minerals used in phones, computers etc – and uses technology to raise awareness of those who suffer to make that technology.

Club to Catwalk: London Fashion in the 1980s