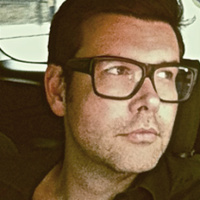 The ability to self publish + the belief of entitlement + effortless global reach = the big question. How do you do anything commercially creative, anything new — without it getting slammed (often within the very sector that created it) before it can prove itself?

Gap was worth over $4.5 billion (£3 billion) in 2010. Yet it was forced to apologise to social networkers because it released a new logo that was the result of a graphic designer having a fiddle rather than the launch of a new idea, story or action that actually had any kind of benefit to its customers. If any brand launches (or sneaks out) a new logo, rather than something that can actually be seen as useful, it gets attacked for wasting time, money and resources.

Public reaction was previously limited to an outraged letter in the pages of a newspaper, the occasional Gallup poll, an angry march or bit of a scuffle in front of the big gates of some big organisation. But all change now. The ability for people to comment and complain has soared to height previously unheard of. The number of people with inclination to comment and complain has rocketed. And the belief that others are actually interested is off the scale.

Brands now have to listen, because they have to ask. We’re way past broadcast as a credible approach to launching, relaunching and managing brands. Significantly, audiences have moved from being reverential to being referential in their behaviour and mindset.

Previous generations trusted what brands told them. Banks were believable. The High Street was useful. The Internet was yet to emerge. Grandma hadn’t been let down, and neither had our parents, so why doubt the service behind the logo?

Now people do not trust what large organisations say. Audiences look to other people with first-hand experience to learn if brands are telling the truth before they make purchases. Even the most trusted and authentic brands kneel at the alter of Trip Advisor and Amazon.

Brands need to adapt to this move to referential.

It’s harder than ever to do anything genuinely progressive for commercially minded brands hooked into social media. In other words, any company with balance sheet. This is because creativity is terrifying to commission and the public are more vocal than ever. Even if the most vocal elements of the public is a teenager who has momentarily stopped going on a date with Palmela Handerson.

No-one crowd-sources anything they think is really important. In fact, we are actively dissuaded from looking up anything significant online — looking at crowd-sourced website forums for medical solutions is a guaranteed one way trip to madness. ‘I AM GOING TO DIE IT’S GONE BLUE.’

Yet there is so little respect for design, so little understanding regarding the true competitive business power of the strategic and the visual and so few people standing up to promote professionally applied commercial creativity — it’s no wonder people still think it’s surface mounted fluff that people end up studying when they are not very good at adding up.

It’s this lack of understanding that continually flicks clients attention to what the bloggers, Tweeters and Facebookers are saying and keeps it there. Twitter typically has a one-hour memory — if brand stewardship is strong it rides the wave of reactionary ‘why wasn’t I consulted’ trolling to calmer waters relatively swiftly.

Smart brand launches and relaunches don’t just bring people with them, involve them, ask them to reference their friends, their networks, and get back to them along the way… they consult with — rather than dictate to… and they invent for.

In times of unprecedented comment and complaint about predetermined selections, people crave choice. So if we invent for people, generate adaptive, useful curated spaces and let people choose rather than dictate to them, then complaint falls away and adoption of the new happens more naturally and rapidly.

Simon Manchipp is co-founder of SomeOne.