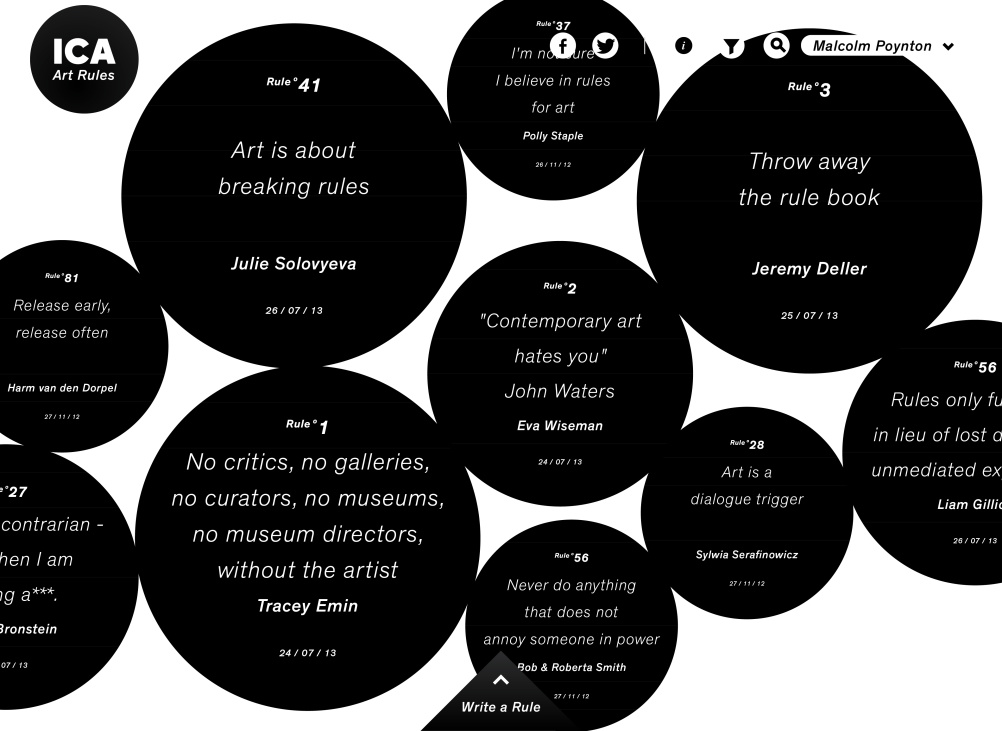 Artists and ICA members including Tracey Emin and Jeremy Deller have been testing the site – which launches at artrules.ica.org.uk on 21 August – by submitting their ‘art rules’ to encourage debate.

In the beta version users are able to communicate ‘rules’ in posts of 100 characters, and can chose to indicate that they agree or disagree with other comments. Around another 40 characters are spared for links and supplementary information.

Chief creative officer of Sapient Nitro Malcolm Poynton is a former council member of the ICA and has led the project.

He says the point is ‘to fuel conversations about what contemporary art is’ and that it is important for the ICA to be ‘the home’ of this as ‘art is underrepresented in the social space and no one is leading the conversation.’

Rules appear on screen by ‘bubbling-up’ and new ones appear at the centre, pushing others out sideways and encouraging a horizontal scroll.

The size of each rule – small, medium, or large – depends on its popularity. By hovering over each one, it flips over and allows you to agree or disagree, and you can also comment on it.

‘A rule will grow and push other rules out to the sides so you’d explore it like a canvas, which is more sympathetic to tablet and mobile,’ says Poynton.

You can also filter the conversation by looking at artist, critic, gallery owner and public responses.