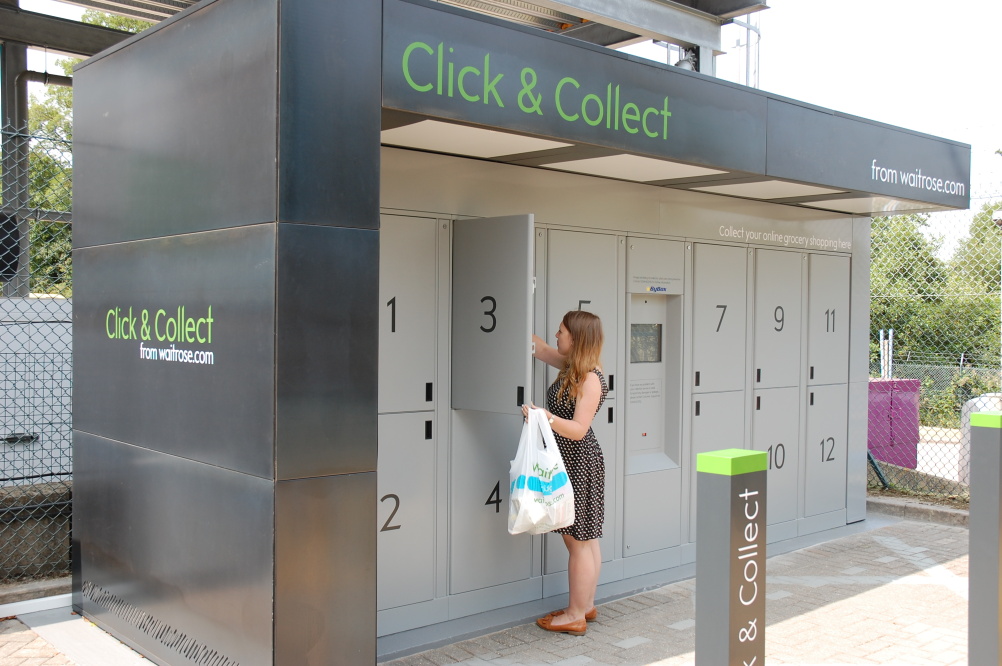 In May a strategy was unveiled proposing the introduction of in-store ‘concierge style welcome desks’ offering personalised services like flower and gift wrapping, which can be ordered online.

Waitrose is now trialing a new locker system designed by Kiwi & Pom, which will see shoppers place an order at waitrose.com, before receiving a text message instructing them to drive to a locker location, enter a PIN number on a touch screen and redeem their shopping.

Multiple customer orders are stored in ‘ambient, chilled and frozen’ temperature controlled lockers – off site from Waitrose supermarkets – and can be refilled several times a day according to Waitrose, which aims to make the service free on orders of £50 and over, placed before 11.45am that can be collected on the same day.

Waitrose director of ecommerce Robin Phillips says, ‘Collection lockers will unlock the potential to reach customers in locations where we don’t have a shop and which are very convenient, such as on the way home from work or the school run.’ 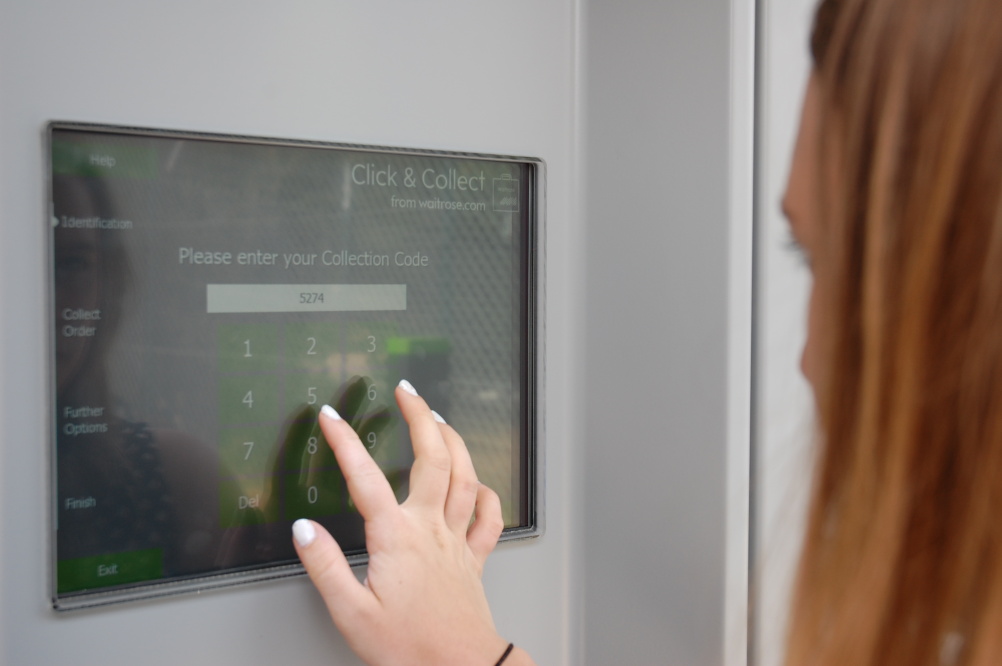 The locker system is one of a number of measures being trialed as the supermarket looks to expand its existing Click and Collect service, which has been running since 2009 and encourages customers to order on-line and collect in-store.

Separate trials of a drive-through collection service have been successful says Waitrose, which will roll it out further next year.

Waitrose is unable to confirm if it is working with any design consultancies on the Click and Collect strategy, or who it has worked with on the locker design.