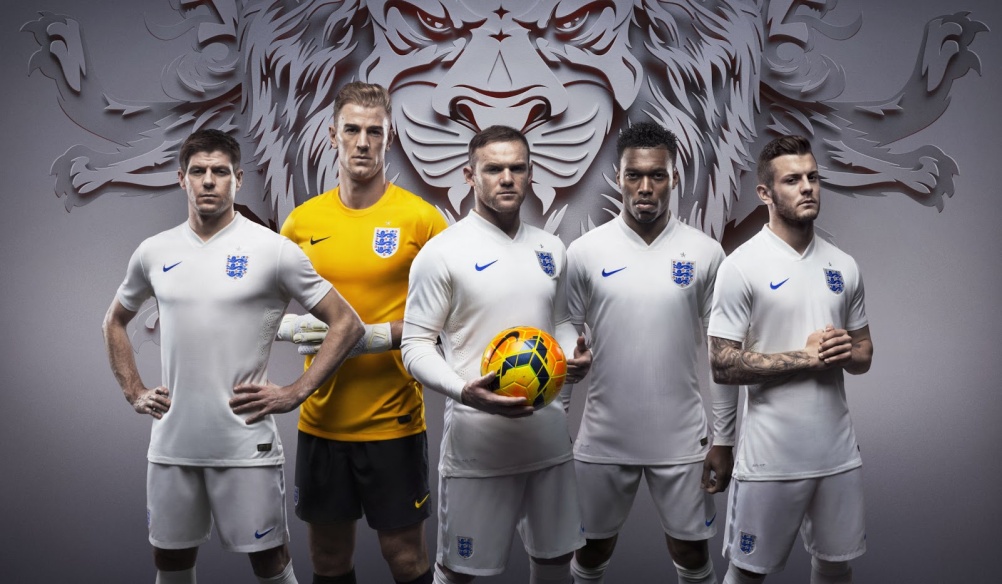 After England’s early exit from the 2014 Brazil World Cup, the debate of what’s needed to compete at the highest level, on the biggest stage, rages on.

So where did it all go wrong for England?

The teams that have thrived in this competition are the teams that share a common purpose. A purpose where no-one is bigger than the team and the team is there to fight for its country: to do it proud. You can see it in the national anthems, the tears, the comradery, the goal celebrations, the crowds. You can feel it. And in that sense, a game can be won before the first whistle is blown.

There’s lots of talk of a lack of identity in English football. Not having a style or a purpose. Writer Nick Asbury, however, thinks England’s problem stems from telling the wrong story.

Asbury says, ‘From a writing point of view, the England team is a classic example of a brand stuck in the wrong narrative. We’re locked in a story of “empire in decline” that goes back to 1966 and a golden era when we “owned” the game.

‘In that context, every victory is greeted with the feeling that we should be winning easily and every defeat is a humiliation.’

He adds, ‘We need to ditch the past, cast ourselves as a small nation taking on the world, and promote the more positive English values of fair play and (especially) teamwork over individualism.’

Nothing shows the value of a strong story in sport better than Sir Dave Brailsford’s huge success with British Cycling and professional cycling’s Team Sky.

Under Brailsford, every aspect of performance was broken down and rebuilt to do ‘100 things, 1 per cent better,’ putting the fear of god into their opponents in the process (so much so that  after the London 2012 Olympics the French team accused British cyclists of using ‘magic wheels’).

I was lucky enough to join Team Sky at their winter training camp in Mallorca this year, to help the team define their shared purpose for the upcoming season. This is a team which had won the Tour de France twice in a row, with Sir Bradley Wiggins and Chris Froome.

What came out was a desire to ‘ride for the team’ (no one is bigger than the team) and to ‘ride for the sport’ (they saw it as their duty to help rebuild the reputation of cycling – which has been tarnished by successive performance-enhancing drug scandals).

One of the best examples of a team playing with purpose is the Rugby’s New Zealand All Blacks, who were in a similar position to the England football team in 2007 when they crashed out of the Rugby World Cup in the quarter-finals, broken and beaten; their worst ever tournament.

The All Blacks went back to basics to discover their true identity, creating together a shared purpose and a value system that they all sign up to and live by: on and off the field, 24/7.

They exist to ‘unite and inspire New Zealanders’. Their key value is ‘No Dickheads’ – meaning no one is bigger than the team, no matter how good they are (a line stolen from Aussie Rules team the Sydney Swans). Part of the remit of their reconstruction was to visit every sporting team around the world to gain insight, from Sumo Wrestling in Japan to Basketball in The States).

What is our Haka? What do we exist for? Who are we?

The obvious place to start is with Sir Winston Churchill and fighting on the beaches – but let’s not go there. Instead we could look to the Arctic Monkeys and how they single-handedly reinvented rock and roll, one of England’s finest exports.

Or perhaps we could look further back for inspiration in the form of Robin Hood or Richard the Lionheart. Both are great leaders, brave, creative, strategic, and possess something so missing from English football: a philosophy.

So how to rebuild England? How about we start with a story. A story that’s bigger than football. A story of bold and fearless swashbucklers, here to invade and take home your gold. A story that scares opposition and drives us to excellence.

England’s story is one of bravery, creativity and innovation. Just look around you.