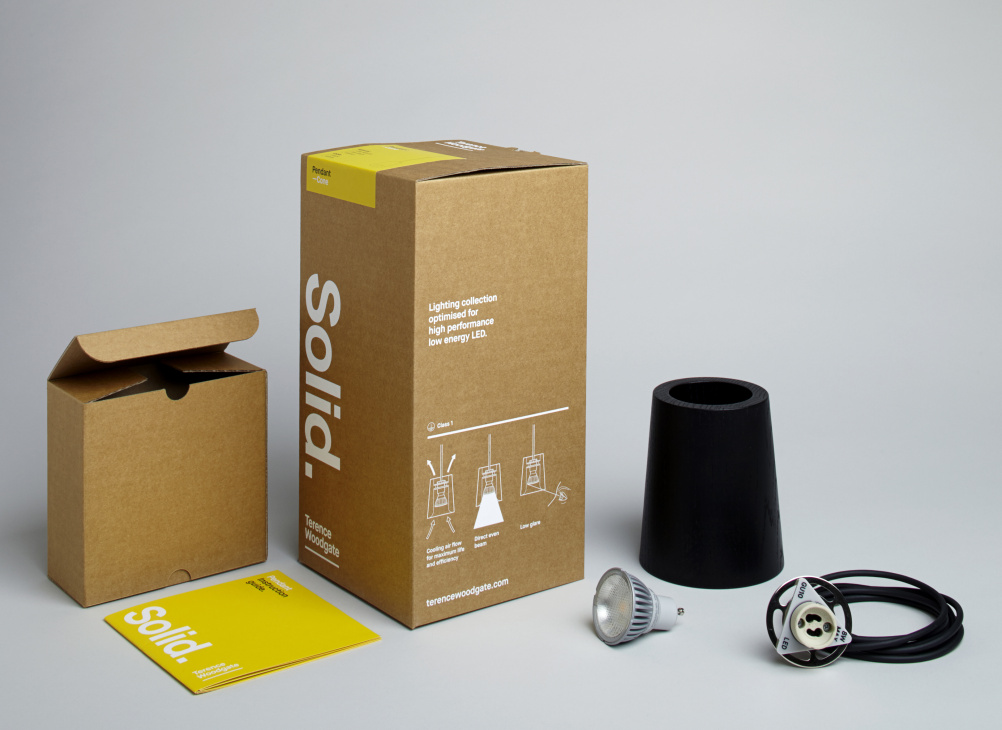 The Terence Woodgate lighting company uses LED technology, and the first release is the Solid range of pendants and surface-mounted downlights.

Charlie Smith Design has worked on the Terence Woodgate identity as well as product packaging and the website. 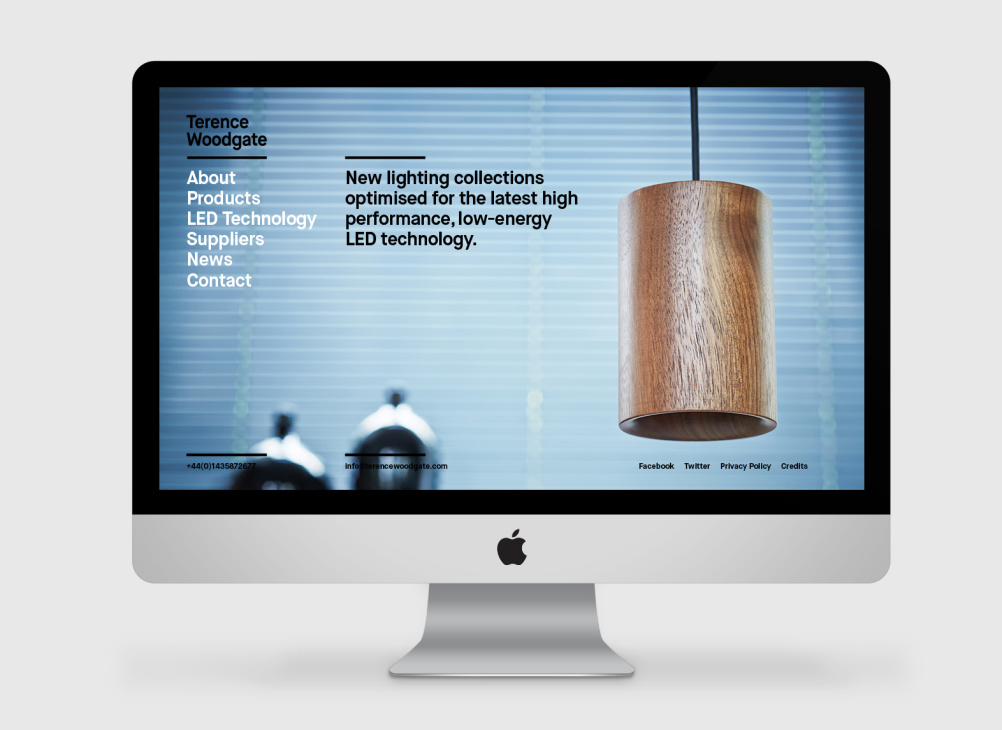 Consultancy founder Charlie Smith says, ‘We wanted to create an identity that would be quite clean and minimal. The colour palette uses yellow, which has obvious references to lighting.

‘The typefaces is Maison Neue, from Milieu Grotesque, and we used the bold and the light weight.’ 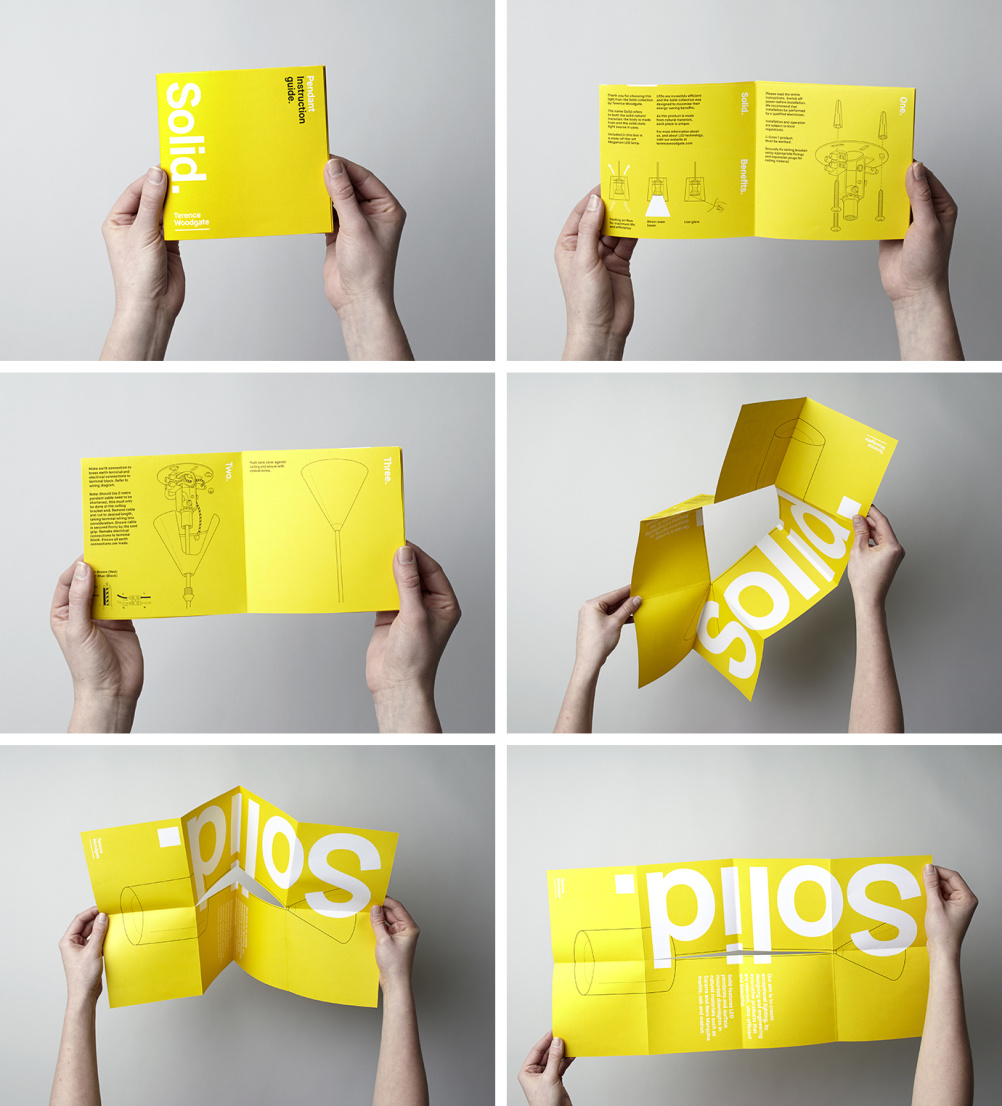 Smith adds, ‘We wanted an identity that would work for future ranges, so we took a simple typographic approach that’s quite flexible and can grow with the company.

Charlie Smith Design also developed a packaging system where the same outer box can be used with different internal fittings to accommodate different lights. A sticker system is then used to highlight the lights within. 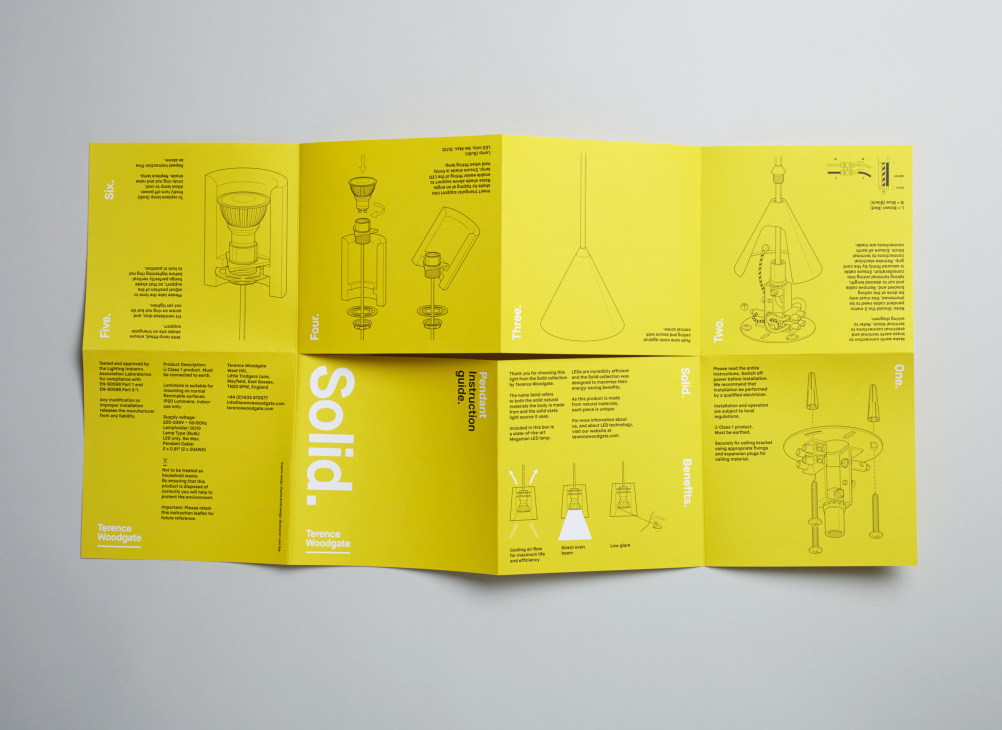 The instruction booklets feature illustrations of the lights and use the yellow colour palette.

Smith says, ‘Terence was keen that the manuals should not be an afterthought – they are the first thing you see when you open the box.’ 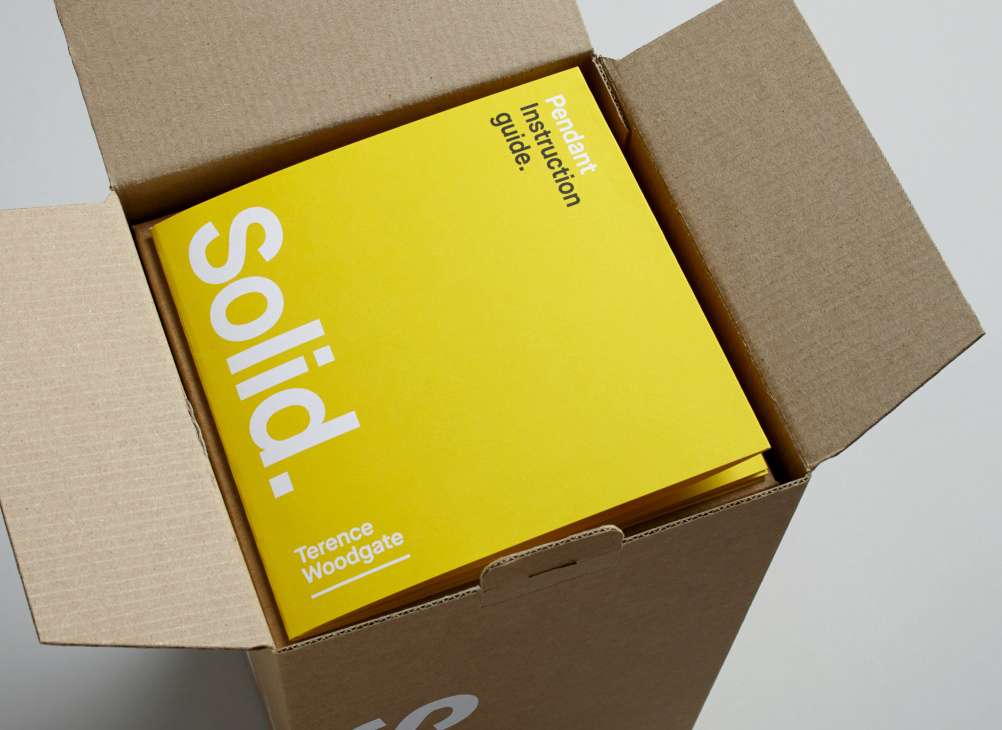 Smith says the consultancy will continue to work with Terence Woodgate as further ranges roll out.