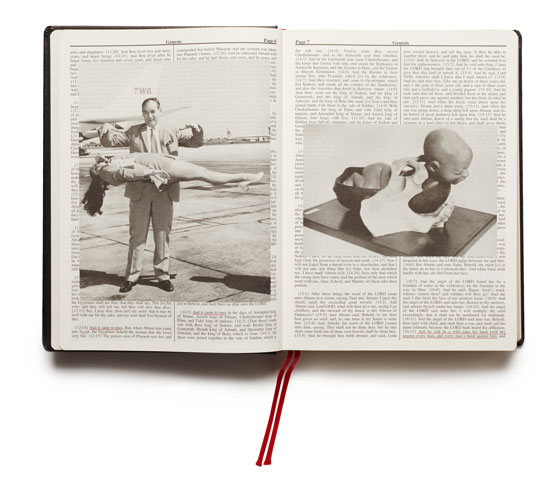 Divine Violence explores the visual representation of conflict and draws its content from publisher the Archive of Modern Conflict.

It is based on their work Holy Bible, a book published last year which saw them add annotations and images to a Bible. 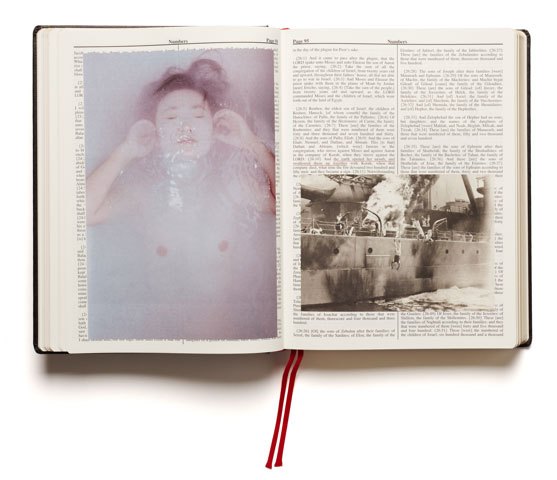 A photograph of a racing car was stuck to the cover and inside Brecht had underlined sections, pasted in images and generally used it as a notebook. 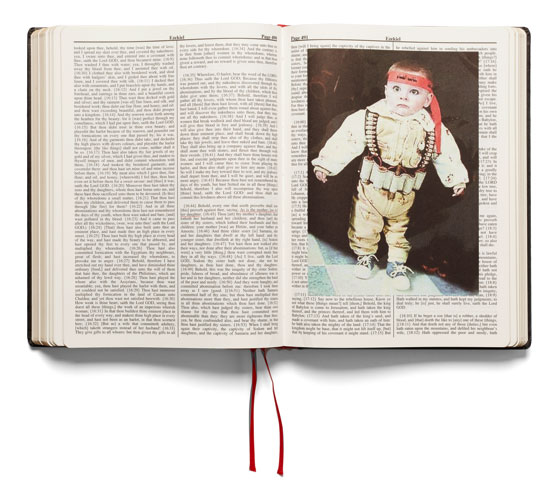 Taking this principal as inspiration for both Holy Bible and Divine Violence has undoubtedly proved controversial.

While some might see the work as needlessly desecrating a religious text and using it as an inflammatory beacon of controversy to propagate a message about the visual representation of conflict, the artists – who have added images of conflict to a bible, and underlined passages in red – claim to have made a powerful observation. 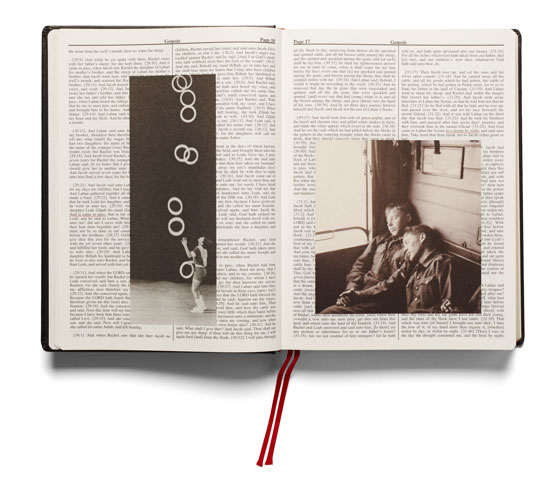 This is outlined in an essay by Israeli philosopher Adi Ophir that accompanies the exhibition.

Ophir observes that God reveals himself in the Bible predominantly through acts of catastrophe, and considers the Biblical text as a parable for the growth of modern governance. 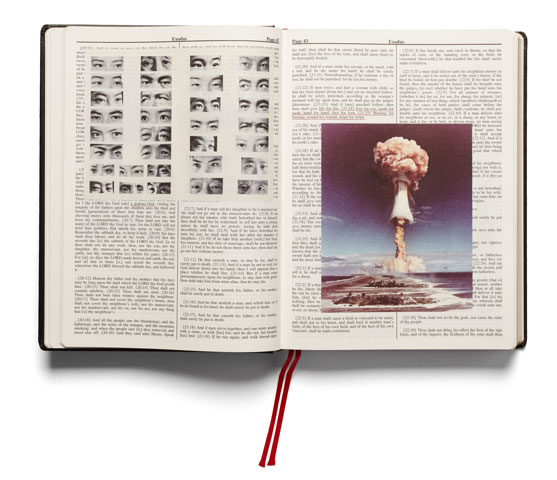 Two accompanying pieces will be shown with Divine Violence. Afterlife, a ‘re-reading’ of a Pulitzer Prize-winning 1979 photograph, whose author was anonymous for the next 30 years, and The Day Nobody Died, a 2008 series of non-figurative, action-photographs produced when Broomberg & Chanarin were embedded within British Army units on the front line in Helmand Province in Afghanistan. 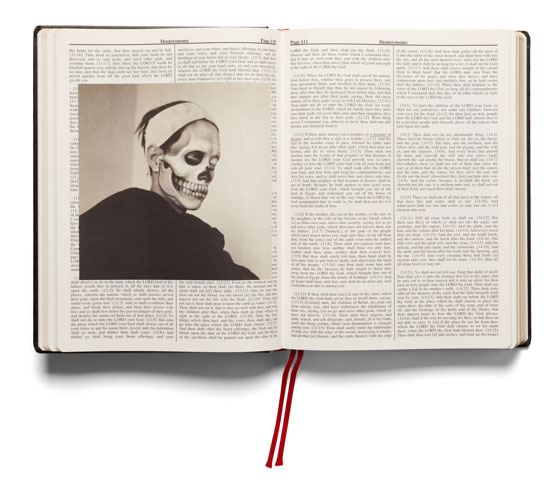 How design businesses can embrace change