‘No, of course design can’t save the world. In many respects I fear the world is already beyond saving, and that has far more to do with the frailties of human nature, selfishness, fragile egos and short-termism, all of which are omnipresent among the decision-making glitterati across most commerce and politics. On a positive note(!) people generally respond brilliantly to extreme adversity, and this is where innovation and collaboration are often at their strongest. So when as a civilisation we really do hit rock-bottom, good design and good designers will play a big role in trying to save us. Only they probably won’t call themselves designers or give a shit about the ”double diamond”, they’ll just do clever stuff for themselves and each other because they have to. But then what do I know?’ 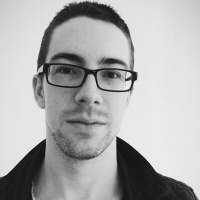 ‘Does the world need saving? Doubtful; it’s survived far worse than humans, and will be here long after we’re gone. It’s really us humans who need salvation, but I’m skeptical of design saving us from ourselves (and our species’ destructive nature). Yet, can design fundamentally better our lives while we’re around to enjoy them? Yes! We desperately need more ethically, sustainably, and politically motivated designers to rise up and join the fold. Rather than saving the world, let’s work on bettering our cultures, defending our liberties, and strengthening each other.’

‘In the Design Council’s session in Sheffield we showed, beyond doubt, how design could help to turn a medium-sized Yorkshire company around, giving it a new direction and sense of purpose, how design could change a team’s approach to a successful digital app helping youngsters present their skills and capabilities both to potential employers and demonstrate through a much more contemporary approach to the appraisal system how individuals are growing in their daily lives. However, as Luke Pearson, of PearsonLloyd, most ably put it, when talking about their award winning scheme to reduce violence and aggression in A&E, they couldn’t have achieved the fabulous results they did without the collaboration of dozens of other skillsets. So, maybe slightly more humble – but still very confidently – design can be the stimulus, the catalyst, to significantly improve peoples’ lives and, bit by bit, change the world.’

The image used to illustrate this story on the Design Week newsletter was taken from an exhibition of hand-crafted globes by Bellerby & Co. You can see more at Bellerby & Co.