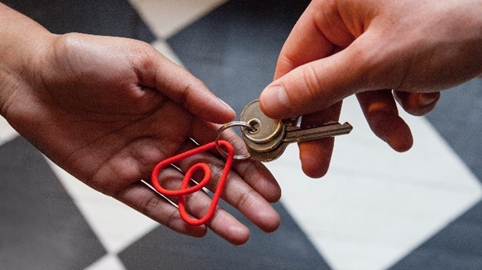 1. We look at how the uncontrollable media hype around Airbnb’s rebrand could be a sign of its success.

2. Google will bring a modular phone to market in 2015, made up of swappable and replaceable parts. We look at how it was developed.

3. Musician Brian Eno is part of a team looking to redesign the A&E department of Chelsea and Westminster Hospital to improve patient experience.

Like the London 2012 Olympics, this is #Glasgow2014’s chance to be a design success story: http://t.co/7hh1BCsXVJ pic.twitter.com/TKmmNyWvGx

Working on a new theory that packaging copy is written by actual extra-terrestrials. pic.twitter.com/jev9NpxiGw

‘If you don’t change, you don’t survive. Change has become the norm and looking at better ways of doing things is how we respond to it. You can’t sit there doing the same thing; it just won’t work.’ Pancentric director James Downes looks at how design businesses can embrace change .

The Guardian looks at the Glasgow Commonwealth mural, created by Good Wives and Warriors.

The Telegraph has a report on the world’s first drivable deckchair, on Brighton Beach.

Stella McCartney is to design Team GB’s kit for the 2016 Olympics, according to the Independent .