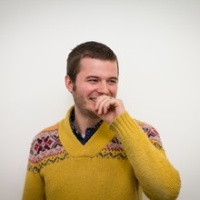 ‘I would like to see Government policy redesigned to improve sustainability for consumers of public services. Designing for a mass market, largely with a five-year cycle in mind, is wasteful and disingenuous.’ 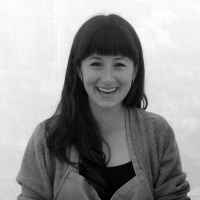 ‘As we begin harvesting data from our homes, domestic data servers are likely to become popular particularly as we seek data ownership, data security and cheaper hosting. However, servers require regular upgrades to keep pace with Moore’s Law and produce waste heat. Servers could be redesigned around open standards so anyone could buy or make customisable, modular upgrades to plug into their existing hardware. How about reusing the waste heat as an alternative heating solution in the home?’

‘The car. It consumes more energy than any other product throughout its life cycle – not to count peripheral infrastructure areas such as roads, petrol stations and service stations. There’s an old cartoon of a martian looking down at Planet Earth and marvelling that the planet is controlled by little metal vehicles with parasites in them – turns out, we’re the parasites. The challenge is to get the parasites out of the cars and change the way we live.’

‘I love the phone Gadi and NDD have designed, having been brought up on an unhealthy amount of Technical Lego I would adore the consumer product that can adapt, not just to be sustainable, but transformable! I look at all those power tools I’ve bought and used once, (especially my £150 18V lithium battery power drill) and think, RC Car, baby tickler, rubber-band Gatling gun.’