Although it seems a little disrespectful to the ultimately tragic Second World War heroes whose story is told in Channel Four’s Bloody Foreigners series, the first thing to note about Fish in a Bottle’s online game to promote the show is that it’s bloody good fun. 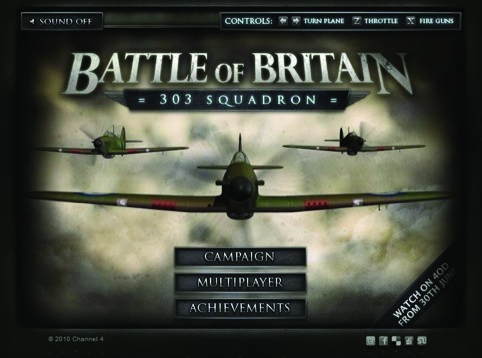 The Channel Four programme, to be broadcast tonight, tells the story of the 303 Squadron – 34 Polish fighter pilots who shot down 40 Luftwaffe aircraft in the first week of the Battle of Britain, making them the highest-scoring RAF squadron. 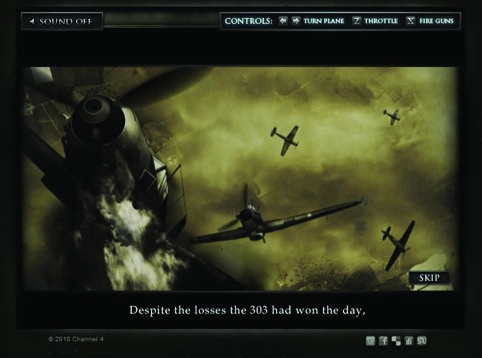 By the time the Battle of Britain was won they had downed 126 enemy planes. However, many feel their war ended with an act of betrayal after their country was handed to Stalin. 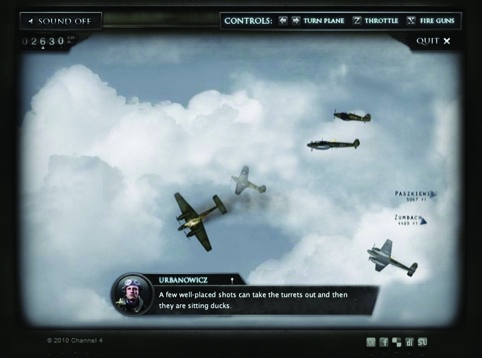 To promote the series, Fish in a Bottle has created a gripping online Flash game, which puts the player in the cockpit of a Spitfire as part of 303 Squadron. After taking part in training rounds you can join missions taking on the Luftwaffe, as well as taking part in multi-player dogfights. 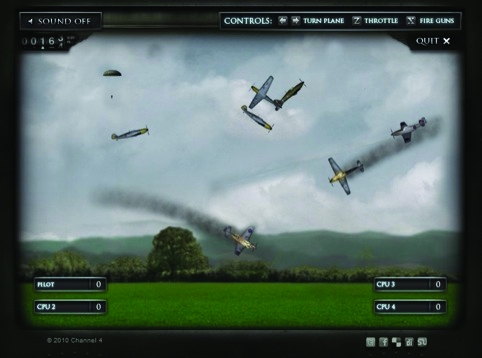 Justin Eames, managing director at Fish in a Bottle, says, ‘We have used a combination of stunning archive and documentary footage, photography, 3D rendering and animation to put the player in charge of their own plane during missions – it really feels as though the player is there, flying with the squadron.’

A cute piece of targeted PR, bound to be a success with those who list the Dambusters and A Bridge Too Far among their favourite films, saw journalists sent a missive from the ‘Department of War’ flagging up the game, and urging them to create a paper Spitfire using the supplied PDF kit, as part of ‘Operation Model Plane’, before logging on. 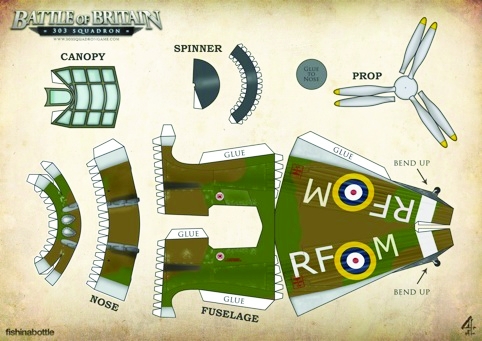 ‘We are relying on you Angus, don’t let us down,’ writes the Department for War/Rewired PR.

Don’t worry, I won’t. Chocks away!