This video from South Korea shows the potential for a future of  product-less store. By creating ‘stores’ of pictures of products with QR codes which link up to an online shopping platform and placing them in easily accessible places – like the Underground. It’s food for thought – but perhaps not one for London’s congested Tube system.

To celebrate Independent Bookseller’ Week, The Guardian has created a Twitter map of Independent book stores across the UK, which you can add do with your tweets. 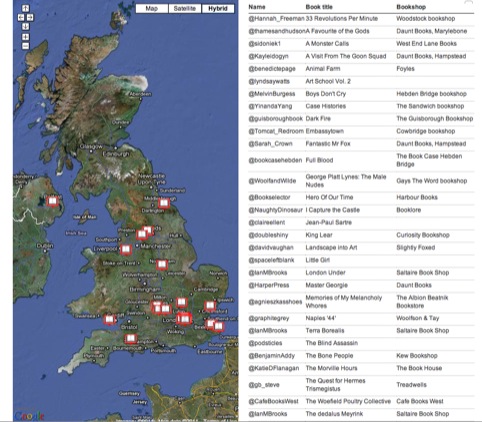 Someone and Lambie-Nairn work on Telefónica internal branding