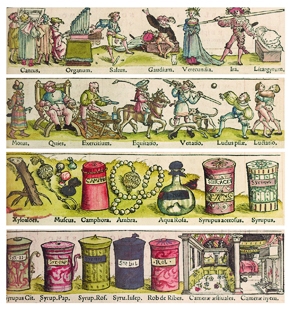 The exhibition is sponsored by the Qatar Foundation and explores the influence of Arabic and Islamic scholars on early Royal Society fellows, featuring many previously unseen artefacts.

Cultural Innovations was approached for the project by the exhibition curator Dr Rim Turkmani at the end of 2010, and began work in April. It was responsible for all project management, including creating the interpretation plan and storylines, as well as graphics, which were produced by various consultancies including the Royal Society.

Emma Freeman, interpretive planner at Cultural Innovations, says, ‘From the graphics there were Arabic design motifs, but we wanted it to be very clean and modern. You have to consider how they support the storyline.’

She adds, ‘The work also has to reflect the Royal Society brand, which is very strong, but have a uniqueness for the exhibition.’

Freeman adds that furniture for the interiors is ‘minimal’, to allow the objects to speak out and to not detract from the heritage building.

The exhibition will open to the public during the Royal Society’s Summer Science Exhibition, 5-10 July, though visitors can attend by appointment from tonight by calling 020 7451 2597.