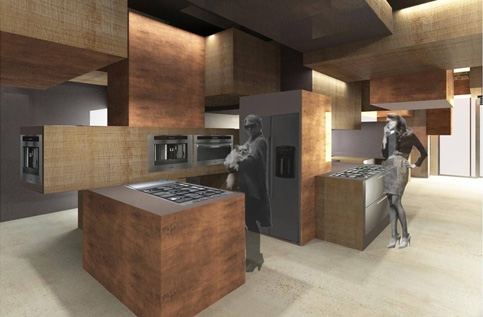 The Wigmore Street store will feature a showroom for Scholtès products, alongside a space for demonstrations, masterclasses and private dinners. It is described by Scholtès as a ‘flagship venue’.

The two-floor space will be split into zones including meeting rooms and exhibition spaces, and will use materials including copper walls and stone-like textured floors. Mobile demonstration kitchen workstations can be moved into different configurations.

Urquiola says, ‘When deconstructed this space is intense and chaotic, but when assembled or reordered it is a structure combining the old and the new.’

The Scholtès Centre of Excellence is set to open during the London Design Festival, which runs from 17-24 September.