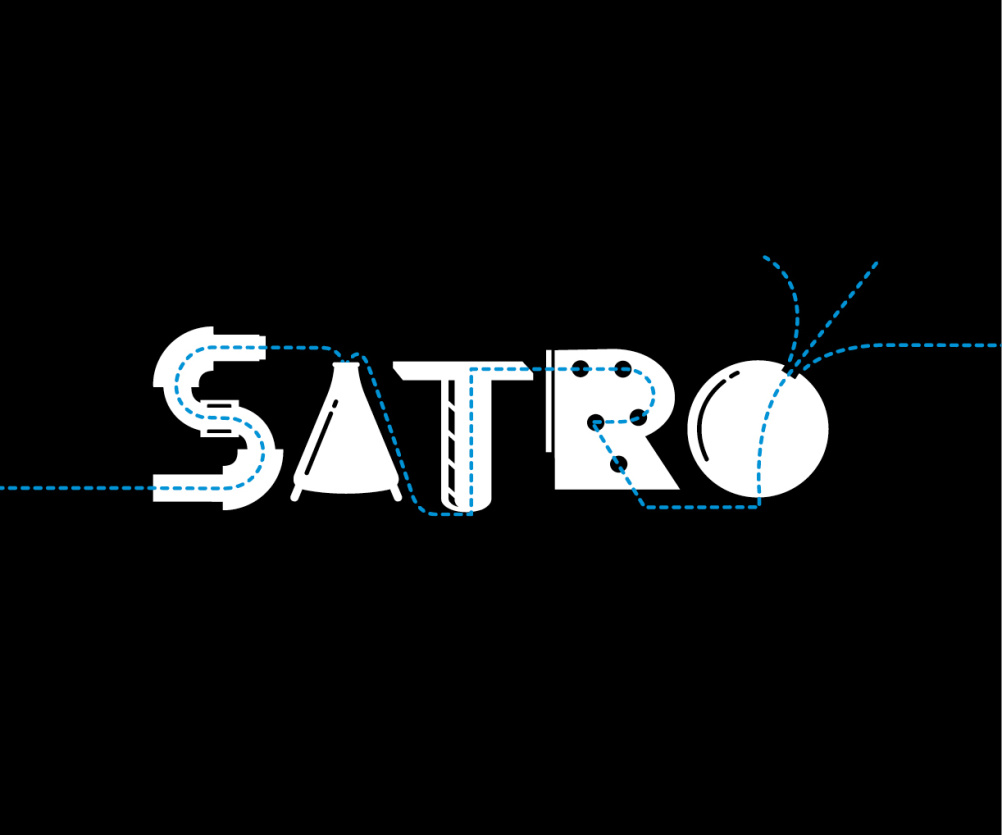 The identity uses a series of letters which can be pulled out and animated for promotional videos and other uses.

The consultancy, which carried out the work pro-bono, began work on the project in February.

Embrace creative director Andrew Paterson had heard about Satro when it worked with the primary school his sons attend in Guildford, Surrey. His wife had also worked with them as a videographer, and Paterson says he felt the branding ‘needed a bit of help’.

Satro works with young people through science festivals, mobile classrooms, mentoring schemes and other channels that look to help promote STEM (science, technology, engineering and mathematics) subjects. The organisation turns 30 this year, and the new designs were partly brought in to mark this anniversary.

The new look is based around the idea ‘start the chain reaction’, and uses a number of letters drawn on Cinema 4D software, formed from what Paterson describes as ‘Rube Goldberg machines’.

The outlines of these letters – spelling out Satro – are rendered as flat black and white forms to create the main logo, which also uses a blue thread to show a ‘ball whizzing around the letters’ as a nod to the colour of the previous branding.

Paterson says, ‘[The previous branding] was quite institutional. The charity tries to excite young people between around ten and 19 years old and it’s not really something they can relate to. It’s much more a revolution than an evolution’.

He adds, ‘The letters are loosely based on a Heath Robinson-style machine to keep the “chain reaction” idea going. Having seen what some of the kids do in those workshops, it’s all quite Heath Robinson-like challenges that they get set.’

The branding will initially launch at a science fair tomorrow, and in September, Satro aims to mark its 30th anniversary with a new website, also designed by Embrace. The consultancy is also discussing designing materials such as stationery and annual reports for the charity.

What did you do for your final degree show?