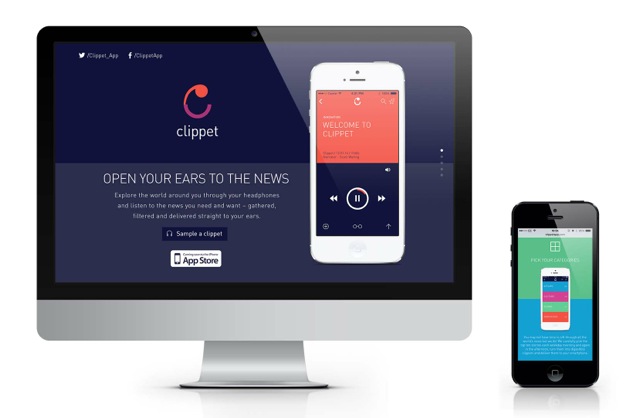 Accessed through a free app, users can access audio ‘clippets’, each of which lasts no more than 60 seconds. The content is aimed at an 18-28 year-old demographic and it is selected, written and recorded by a team which publishes ten clippets at 7am and ten at 5pm.

The consultancy was approached by the founders of the start-up in October last year.

Fivefootsix partner Algy Batten says, ‘They had the idea for the product and were already quite far down the line with app development, but hadn’t considered the positioning or done anything with the brand development at that point. 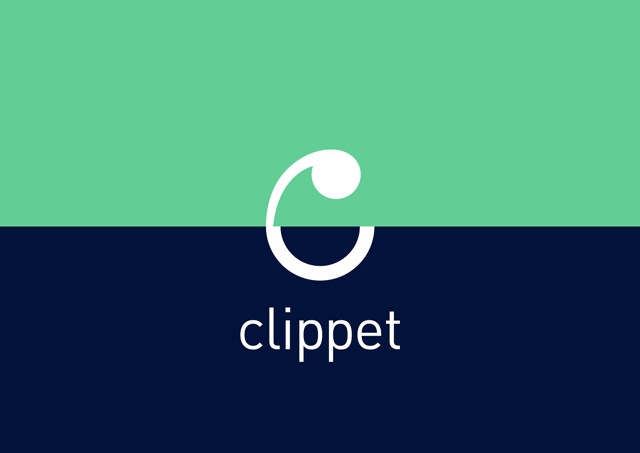 ‘We put a hold on the app development and stripped down the product to its bare essentials to get a clear idea of who the market was.’

The name, Clippet, which Batten says ‘is very strong’, had already been established, so a mark and a typographic identity were formed around this.

The symbol is formed of two parts which appear like ‘two clipped elements, almost like a dialogue between two halves’ according to Batten, who says the top part takes on the form of a speech mark. 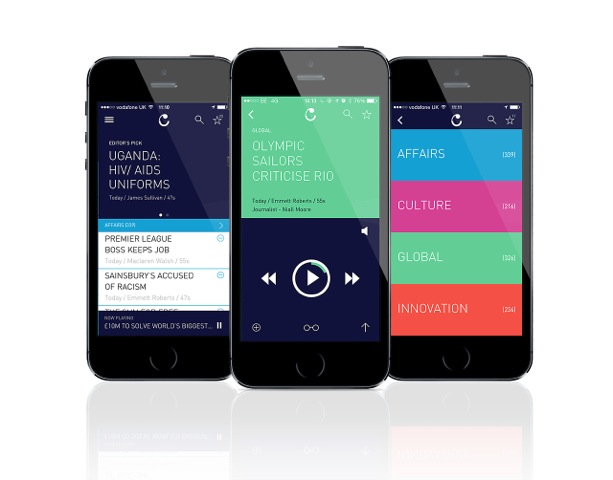 A bright palette has been introduced across the branding and the app but with a dark blue behind ‘to add weight,’ Batten says.

Fivefootsix designed the app by beginning with paper wireframe sketches before moving to development. The app doesn’t use any imagery for stories, in a deliberate move to highlight its point of difference as an audio news service.

‘You put it in your pocket anyway, which frees you up from being glued to the screen,’ says Batten. 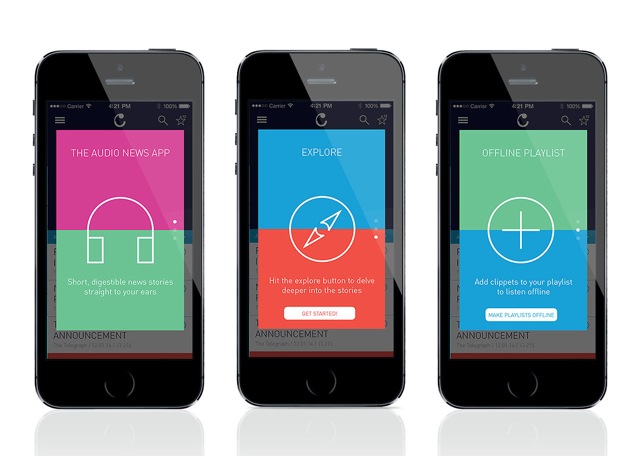 App features and functionality include playing general content selected by Clippett through the homepage, choosing news by category, using an ‘explore’ feature, adding elements to a playlist and selecting news that can be played offline.

Fivefootsix has also developed this website www.clippetnews.com and this film: