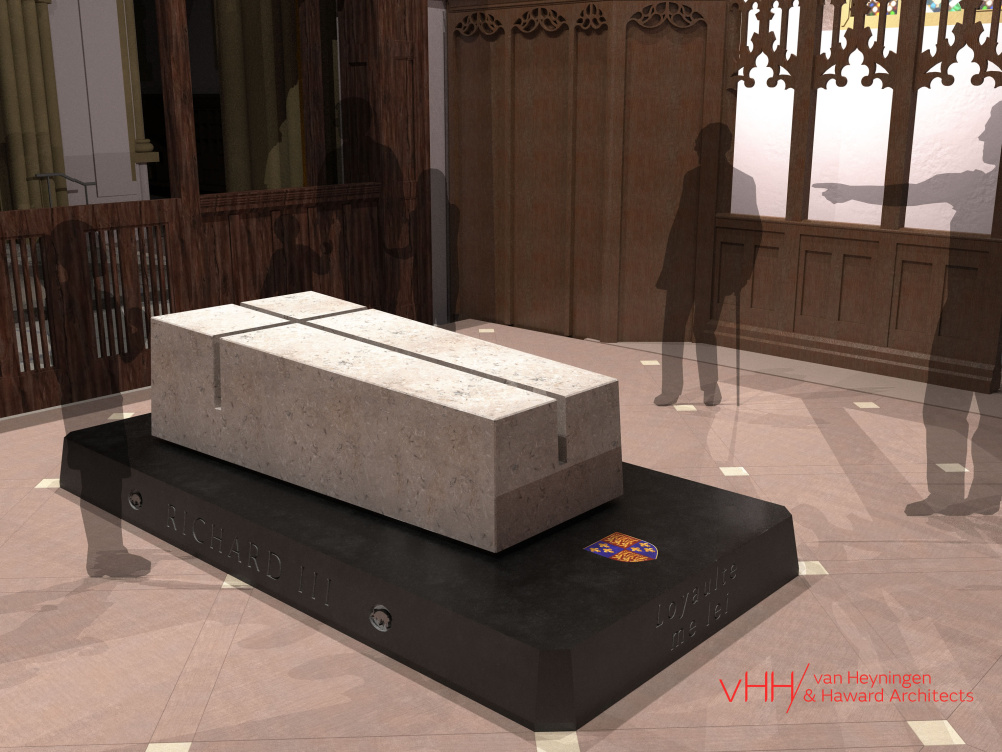 Cabinet-maker Michael Ibsen, a direct descendent of Richard’s sister Anne, has been commissioned to create a coffin, which will sit in a tomb made from Swaledale and Kilkenny stone.

The tomb and surrounding burial chamber are being designed by architect van Heyningen & Hayward.

Richard III was killed in the Battle of Bosworth Field in 1485 and is the last King of England to die in battle. More than 500 years later in 2013 his remains were found in a council-owned car park, backing on to a grammar school in Leicester.

Since the discovery, there has been a tussle between Leicester Cathedral and York Minster about where the King’s bones would lie. 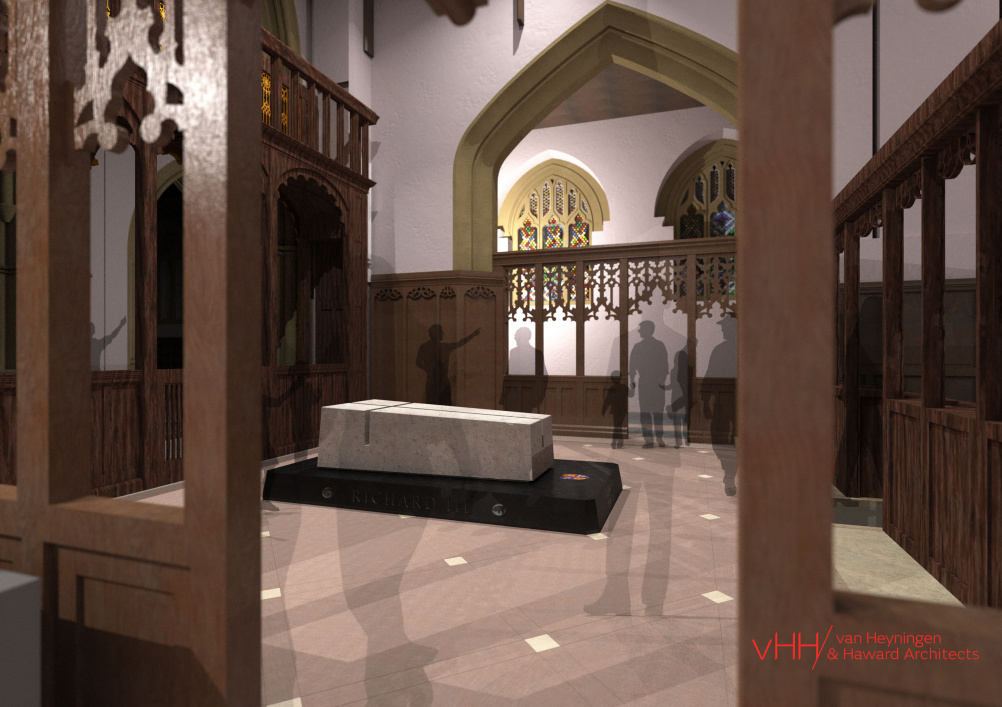 Leicester Cathedral has now announced that it is a ‘certainty’ that Richard III’s remains will be interred in the city in spring 2015, and that the final design for the tomb has been confirmed.

The design has changed from an initial limestone concept, that came under fire from the Richard III Society, who reportedly withdrew funding for the original plan.

David Monteith, Dean of Leicester, says of the new design. ‘This is a tomb which reflects the era in which it was designed as well as the solemn purpose for which it is commissioned. To do anything else would be a pastiche of a medieval tomb and would ignore the fact he is being reburied in the 21st century.’ 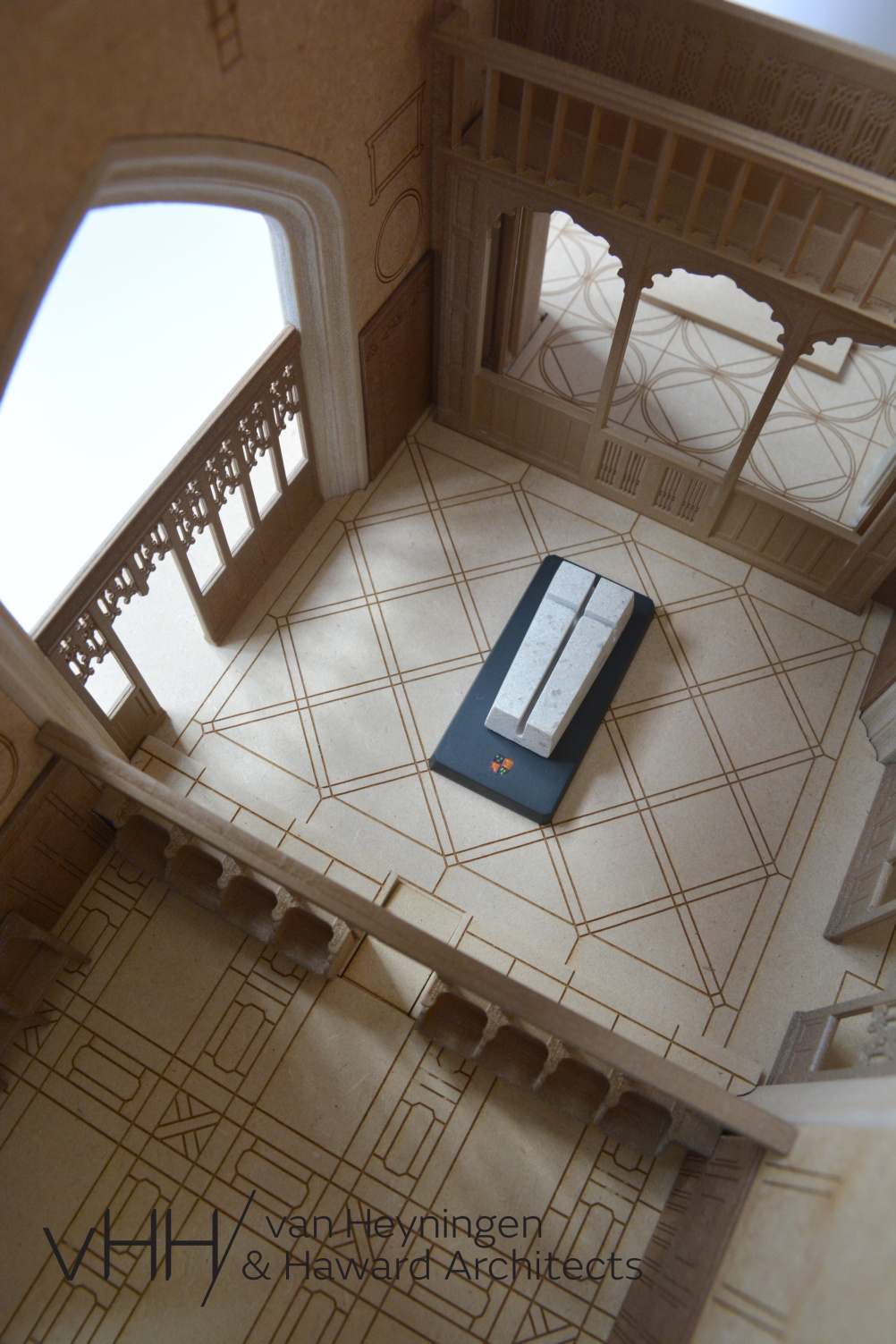 The cathedral is set to start a fundraising drive for the £2.5 million tomb plan.

Meanwhile, a £1.2 million visitor centre designed by Studio MB is set to open in the summer on the site where Richard III’s body was found.