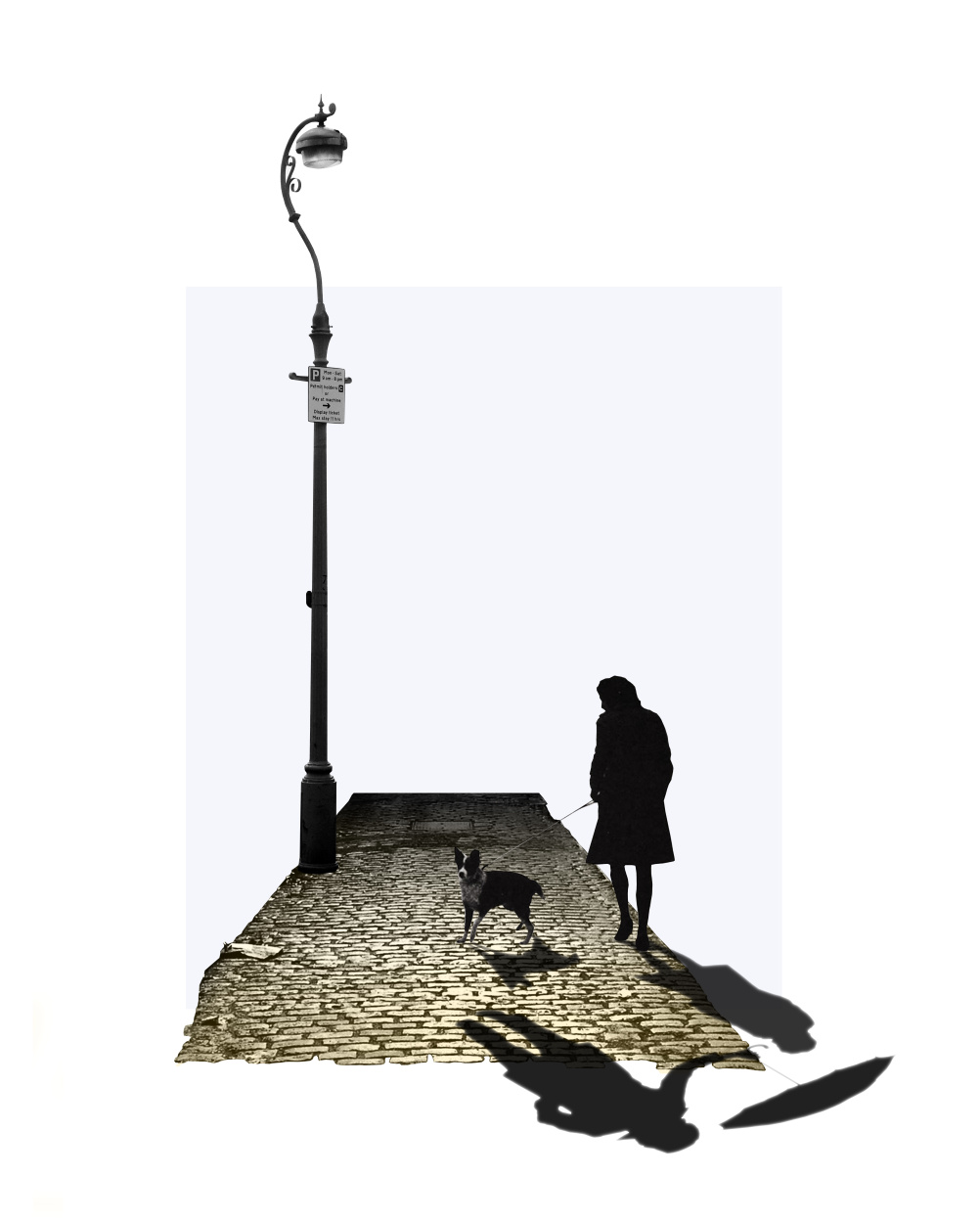 The award scheme invites ideas for an artwork, which uses creative, open and social technology to explore the theme of the Playable City.

Shadowing will be activated every evening after sun-down as street lights come on, revealing traces of people who have walked past in the day in the form of shadows, long after they have left.

The technology will be embedded into lampposts, and under the shaft of light the lamp forms, passers by will be able to see those who have walked the same stretch seconds, days or weeks before.

Chomko and Rosier say, ‘We saw this as an opportunity to create a piece that lived in the city, rather than add on more infrastructure. Our starting point was the notion that what makes our cities vibrant are the people we share them with, and we hoped to find a way to augment this presence.

‘Our goal is to create unexpected interactions between people who share an urban environment by placing pockets of memory throughout the city that remember those who have passed through, allowing citizens to interact through time.’

The installations will be at multiple locations across the city – some shared and some left to be discovered.

Bristol-based venue and arts organisation Watershed is behind the Playable City Award and will now work with Chomko and Rosier to deliver their design.

Shadowing will run from September to October and was selected from 78 applications from 29 countries around the world. It will tour internationally in 2015.