The service was launched last year following £3m funding from donors including the Cabinet Office, and the Big Lottery Fund.

Previously known as Hub Launchpad, the service has been re-named Solve by Article, which has also worked on a new strategy and tone of voice for the brand. 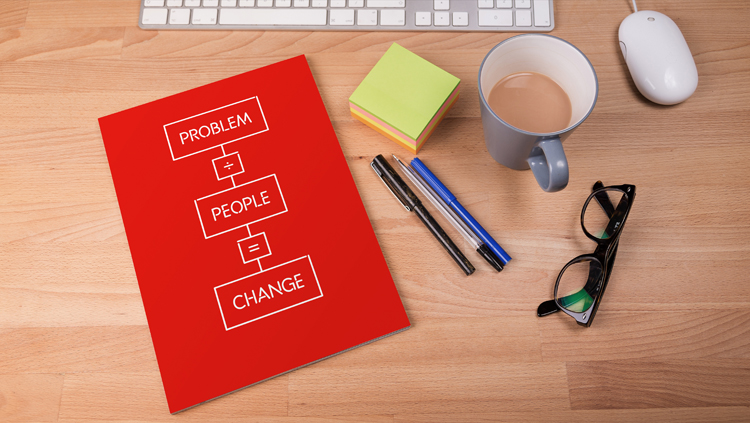 Solve helps social entrepreneurs get their ideas off of the ground through funding, guidance, networks, and mentoring.

Article says it was briefed to create a proposition that would articulate Solve’s offer, attract high quality applicants and partners and provide a platform to deliver an ambitious growth strategy. 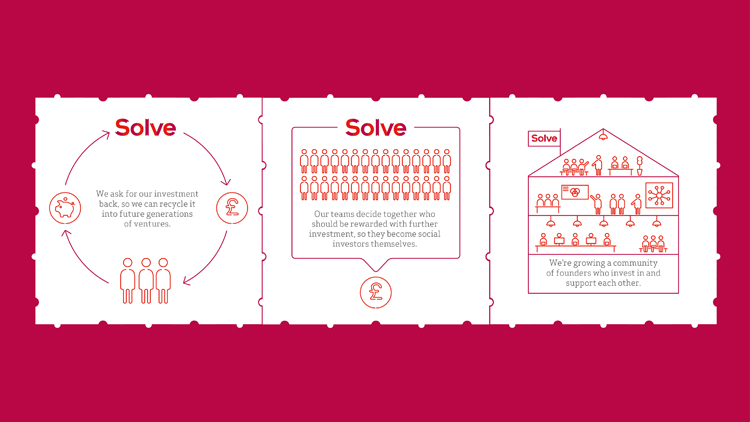 Article co-founder Graeme Cook says the new brand has been positioned around the phrase ‘Problem Solvers,’ which has been used internally and ‘reflects their uniquely hands-on approach to social innovation and ambition, to attract normal people who wouldn’t traditionally consider themselves social entrepreneurs but are passionate about making a difference to society’. 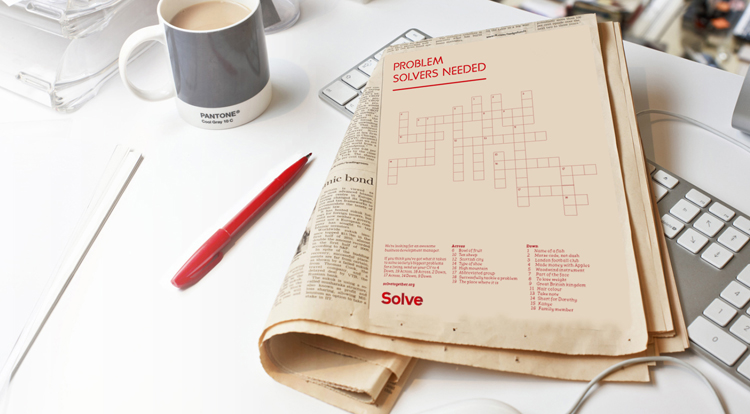 From this positioning a puzzle-inspired logo was developed and a bold ‘faff-free’ language inspired by problem solving was developed – an approach ‘typified in the equation based strap-line Problem ÷ People = Change’, says Cook. 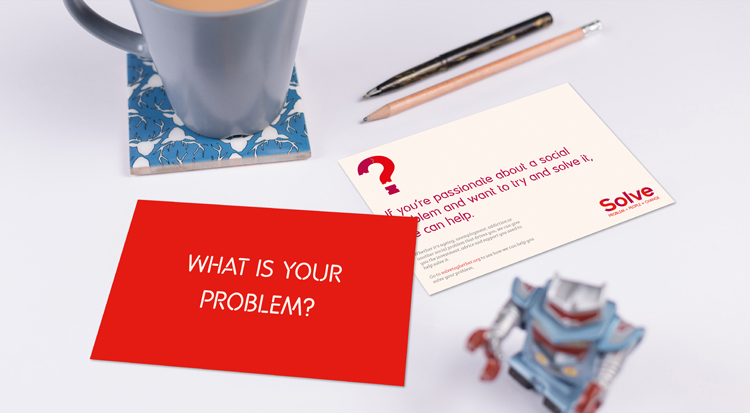 Article co-founder Joe Ryrie says, ‘Like many other organisations in the sector they had a tendency to over-intellectualise, which risked putting off the very audience they wanted to attract – everyday people who are passionate about solving real social problems.

‘That’s why we stripped it back to the bare bones, giving them a positioning, name, story and identity that reflected their overarching social purpose rather than the intricacies of their model.’ 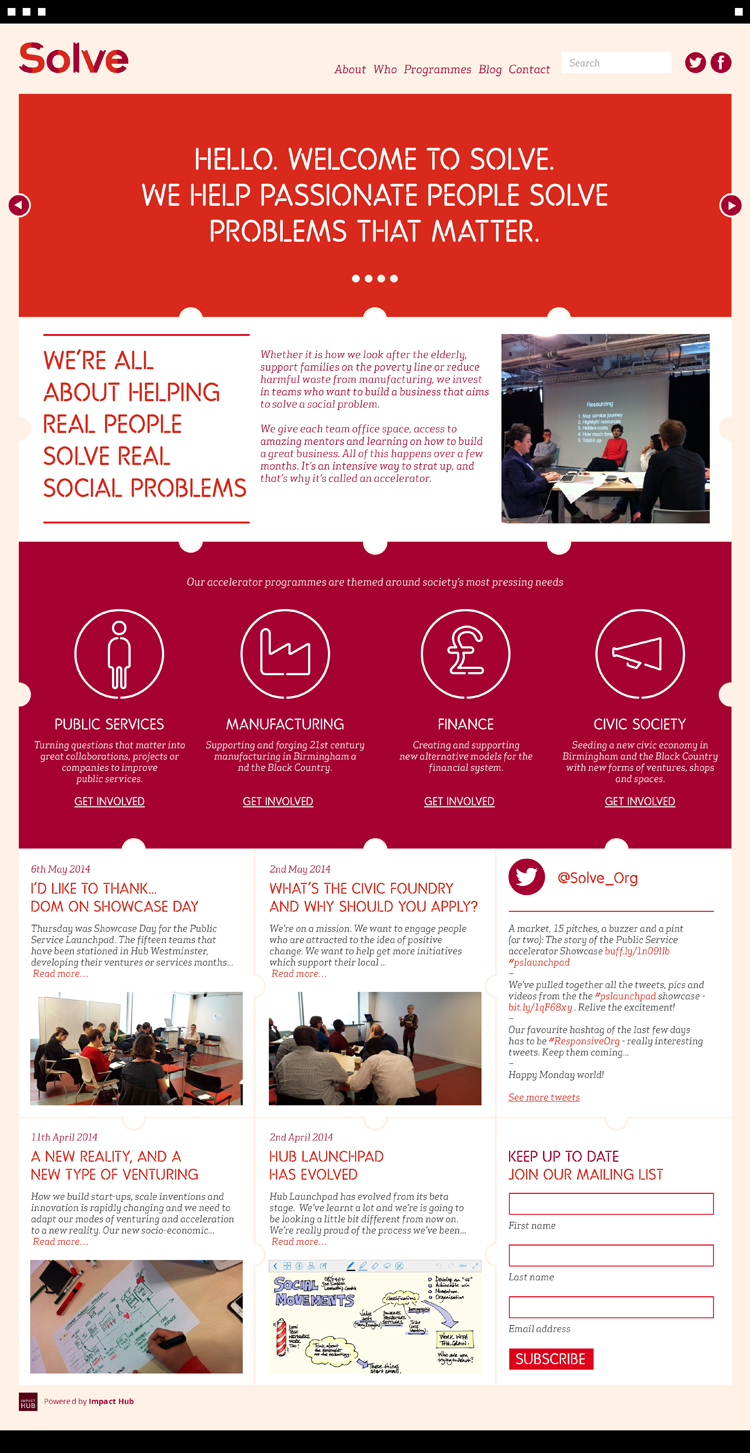 Footy shirts you won’t see at the World Cup