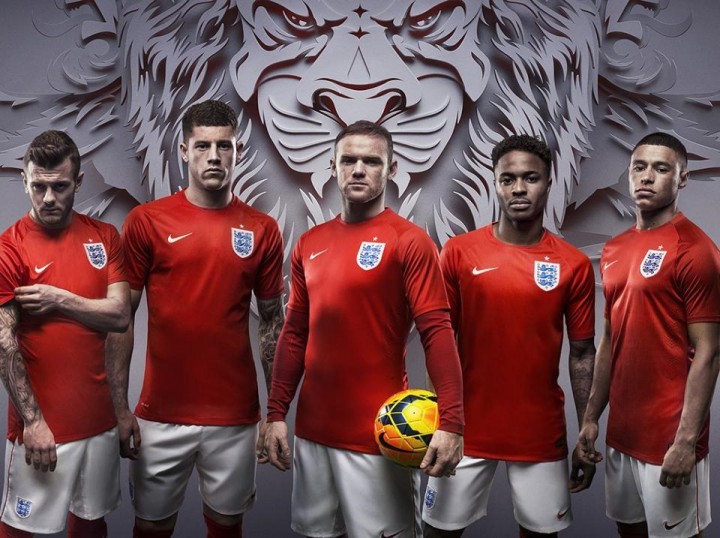 National optimism was short-lived as England limped to a 2-1 defeat, which has almost certainly killed off their chances of staying in the competition.

My gloom was slightly lifted from a second-half Tweet from Build’s Michael C Place: ‘At least no-one can beat us at graphic design’.

Some took this to be a reference to the Neville Brody-designed typeface sported by the England players on their kits, which was unveiled earlier this year.

It should be noted though that Uruguay’s Geogrotesque typeface also has a UK provenance. It was developed by Barcelona foundry Emtype but adapted for use on the shirts by GBH in London (more on this in Creative Review’s World Cup issue).

But if we’re to push Place’s football/design analogy to its rather laboured conclusion (and for the sake of this piece, that’s exactly what we’re going to do) then there are some remarkable similarities between English football and British design.

As with football, we have a strong heritage (Morris, Gill, Johnston, Conran); a ‘golden generation’ at times more appreciated abroad than at home (Saville, Ive, Brody, Heatherwick); and a host of talented young tyros ready to shoulder the burden of the nation’s expectations (Pearson, Willey, Cocksedge, Moross).

And as with football, there are two notable failings that threaten Britain’s design standing.

The first is weak management – particularly at international level. Despite energetic initiatives from the likes of D&AD and the Design Council, the British design scene often finds itself overshadowed at overseas events by better-organised nations such as the Dutch.

The second is a lack of investment in the grassroots. While the UK Government is happy to talk at length about the importance of creativity, nations such as China, Taiwan and Singapore are quietly getting on with high-level investment in design education and infrastructure and building a platform for future international dominance.

So yes, while it’s true that no-one can currently beat us at design, without a coherent strategy and significant support, how long will this continue to be the case?

After all, look what happened to English football after 1966…