‘What you want from a strong football team is a healthy balance of skills across the pitch. This balance allows you to call it a team, rather than a gathering of individuals. With that said, this year I’d say the UK would win a World Cup of design, based on our strong and varied talent base working collaboratively across multiple design disciplines. We also constantly nurture new talent via our strong education base. Yeah, I’m probably biased but I’ve got to believe that we can win something!’

‘At the risk of annoying my fellow Europeans, who invented the game of design, I believe the USA would have the best shot at winning. Where Brazil has a street culture that feeds its football success, the US has an entrepreneurial culture that is fearless at putting the best new ideas into practice. It’s not just US multinationals that have led the way – even leading educational establishments such as Stanford University have embraced design at the highest levels. While the UK has a wealth of star players, we need to become more confident at supporting innovation if we’re to succeed on the world stage.’

‘Apparently never the country organising it. I do not remember one logo or design system made for World Cups that we wouldn’t have been ashamed of. FIFA and their cronies have a consistent record of commissioning the worst design ever. It all reflects that design process:

1. Get some local designer with good connections to the football organisations to present many options which will have to include symbols, colours and other folkloristic stuff to symbolise the host country while leaving room for as many sponsors as possible.

2. Submit those sketches to endless rounds of meetings with football bureaucrats. 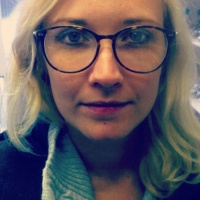 ‘Wow – This is a toughy. Cape Town has been announced as the World Design Capital this year, but I’m not sure I’d agree. After having spent 14 years within the London creative industries, I am way too biased to not vote London. This melting pot includes, promotes and celebrates global design on a scale that is hard to match. I’m about to move to Sweden, wonder where we’d come? Who is the Zlatan of design I wonder?’ 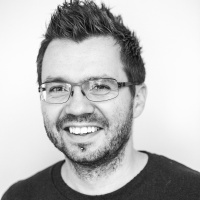 ‘There are four very strong contenders, a strong final bunch. The minimal masterclass design from Sweden; forward-thinking rebelion from England; the clinical precision in Germany and the innovative folk from the USA – all battling it out. Not exactly the same can be said about the actual football, well, apart from the Germans. Looking at the impact of its design, heritage and consistency over many past decades, I see Sweden scoring just a bit extra to win.’