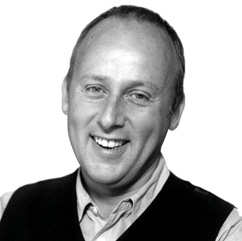 Speaking in the online debate against the motion ‘Networks are fine, but they won’t keep me in business’, Lumsden was introduced by chairman Simon Waterfall as working on the project and ended his presentation with a picture of himself being embraced by Portas.

No details were given of the  project, but it is believed to involve a family bakery. Watch this space.

As for the Design Council debate, Lumsden trounced Shan Preddy’s view that though networking is fine it won’t keep a business afloat. Obviously, hobnobbing in showbiz circles has worked well for him.

Traidcraft calls in Family and Friends for sweets launch