When a ‘teaser image’ of an exhibition arrives in the form of a man’s pallid legs segued onto a large Spongebob Squarepants, you realise all is not as it seems.

Where most exhibitions are fanfared with flowery blurb and hyperbole, the forthcoming show at Pure Evil Gallery – The Friends of Tony Romanoff – takes a far more cryptic approach.

So what to expect? ‘The last golden archipelago of memory feats’, we’re told. ‘Whitechapel market pushed into a toilet cubicle of the Hacienda circa 1989’, it goes on. ‘The rose as a potential psychedelic catalyst’, they tease. 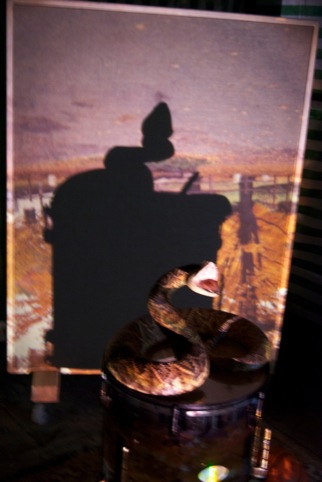 But, we ask, what the bejesus does this all mean?

While, to the untrained eye, ‘a group show curated by Lucas Price;’ would suggest just that, and ‘ material from the Saw archives’ implies a number of artists, it would be wise to un-suspend disbelief.

In fact, The Friends of Tony Romanoff is created entirely by artist Lucas Price, who utilises these various fictional Saw artists in a schizophrenic scattergun outlet for different aspects of his creative output. 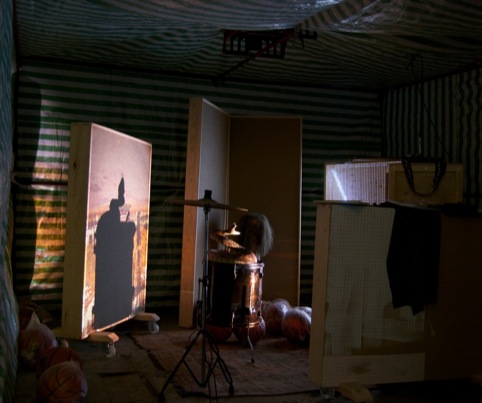 Price says, ‘I made all the work, but the idea is that it’s a group show – there’s a disparity of ideas – it looks unseemly.’

Price says, ‘I invented the Friends of Tony Romanoff – I invented the archive. I put images together and create a narrative – it could be Spongebob next to a print of a car crash, but by putting them together, you index them.  I’m interested in pseudonyms and narratives that fold back on themselves.’

However, if this has been disappointingly straightforward compared to our opening gambits, it does get slightly more complex. Price elaborates, ‘A rose is always a rose, but it doesn’t ask you to view it in any other way. If it’s a reproduction of an image and then of photo, what does it become?  Images contain a weird death from a distance – it’s like how we live our lives through this weird lens.’

You should be in charge