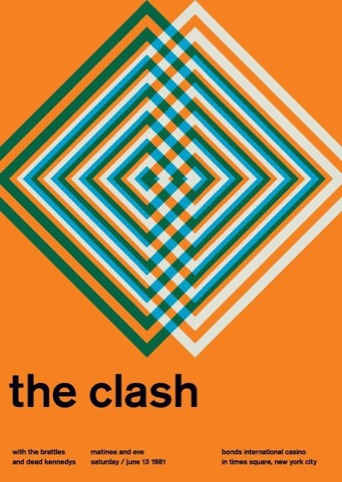 Swissted is a new book containing some 200 examples of Joyce’s redesigns. Like a Swiss timepiece the project is both accurate and cuckoo in its attempt to re-imagine posters spanning 30 years with a uniformed ubiquity. 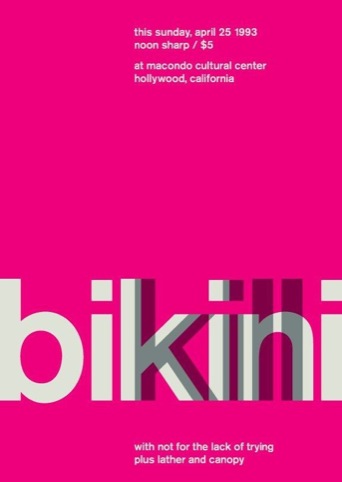 Out with photography and recognisable band logos, in with something resembling International Typographic Style, or Swiss Style type married with shapes and patterns set in carefully bled colours. It’s all very 1950s and it’s all very Swiss. 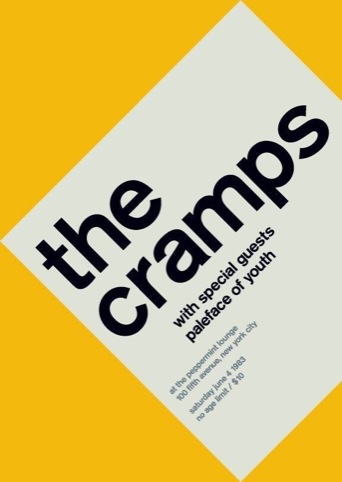 Everything is microperforated, so the pages are ready to be pulled out and framed, but you might well chose to keep them bundled up in this book. 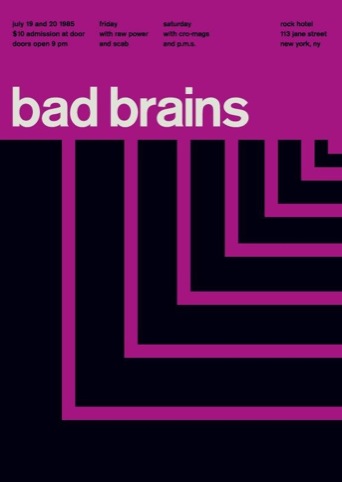 Joyce, who lives in New York, has worked on official album packaging for artists including Iggy Pop, Katy Perry, The Lemonheads and Aretha Franklin. 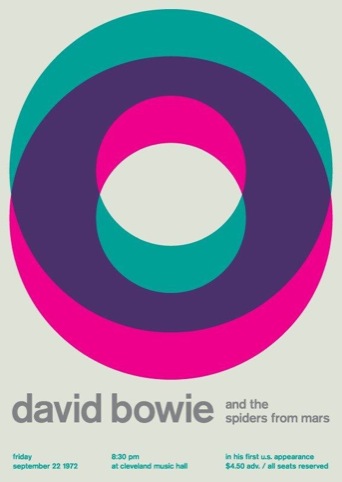 Swissted is a personal project, and the book collection follows a study of Swiss Modern treatments of flyers and posters. 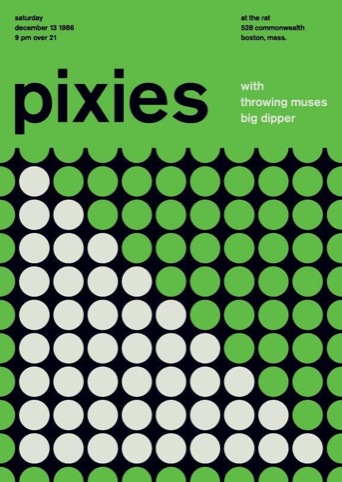 Swissted: Vintage Rock Posters Remixed and Reimagined is available from 28 March, and is published by Quirk, priced £32.50 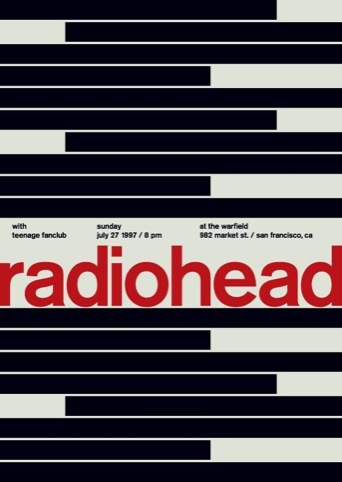