The consultancy, based on the 33 Parkgate Road site, was approached by landlord Curatus and asked to create an initial proposal, which All Design director Borja Goyarrola says has been developed to reflect the spirit of the area. 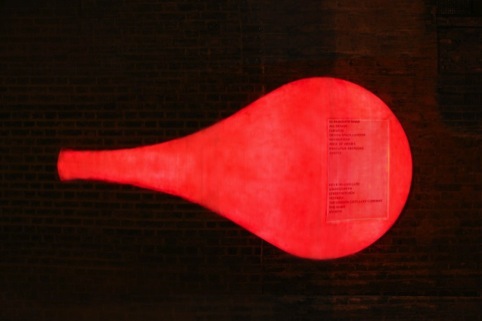 The signage, which has been modelled by Ben Davidson, ‘ranges from square boxes to really fluid forms, expressing the diversity of the complex,’ says Goyarolla, who adds, ‘It’s a very open, welcoming and iconoclastic space.’

The Testbed1 gallery in particular ‘is about experimentation’ and Goyarrola has looked to reflect this by designing signage cast in a variety of ‘clean white forms, with clean typography,’ which set against the red brick Victorian building ‘provides a sense of contrast,’ he says.

Although they look like ‘fragile art works’ this belies their fibreglass construction, says Goyarrola.

The ‘arrow-cum-speech bubble’ entrance sign is illuminated with LEDs, giving off ‘a slightly aloof, yet engaging’ invitation to passers by.