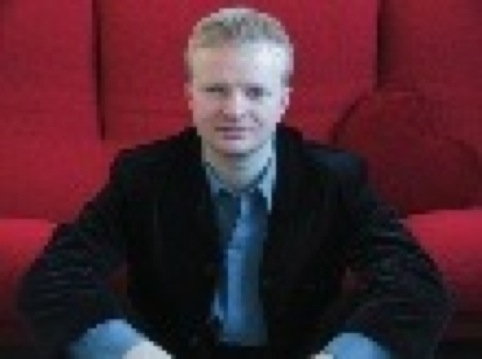 H&M last month announced the launch of their drive to collect used clothing, but the idea is probably most associated with the Marks and Spencer Shwopping campaign, launched April last year with Joanna Lumley as the figurehead urging people to bring in items of clothing to be recycled by Oxfam. In addition, Uniqlo started accepting customer cast-offs (Uniqlo items only) in 2011.

Is this a canny brand and business-building move or a cynical jump on the responsibility/sustainability bandwagon? And what are the benefits to a brand of getting it right?

A visit to the Oxford Street stores of these three fashion recycling retailers was quite revealing.

M&S staff at the flagship store were fully briefed and able to talk knowledgeably about the idea.

In contrast, the sales assistant in Uniqlo admitted after some confusion that there was a clothes recycling box in the staff room (no room behind the till, she explained, where the box had originally been placed) and that upon request, customers could hand in their cast-offs.

Staff at H&M, meanwhile, knew nothing about their clothes recycling initiative, despite the recent announcement that all 48 of its national markets would accept used garments from any retailer and offer discounts on H&M garments in return. Both presented a sharp contrast to M&S’ bright and clearly labeled till-side Shwop boxes and articulate staff.

But although Shwopping might raise M&S’ in-store footprint and although we might get a warm feeling from dropping our unwanted clothes in a Uniqlo or H&M box (if we could find them) before browsing, and possibly buying something else, the real power of such initiatives lies in setting a brand or business apart as mission-led. But this kind of action only works if perceived by consumers as being genuine.

M&S’s particular mission is to help customers recycle over 20 million items of clothing a year by 2015. Whilst I recognise that the ultimate aim of this M&S campaign must be commercial, what makes it different from its competitors and what made my Shwopping experience in store feel so real versus that of H&M and Uniqlo, is that the commitment to making it work runs through the dna of the brand. Everyone associated with building the brand right through the business understands what it stands for. Shwopping and its ancillary projects are part of its environmental and ethical programme, Plan A, which aims to make it the world’s most sustainable major retailer by 2015, going far beyond the bland confines of corporate social responsibility.

Consumers form deeper relationships with brands that behave consistently and know who they are. Implementing initiatives designed to engage customers which don’t follow through right to the shop floor (or the call centre, or sales team) turn great ideas and good actions into something that looks like lip service and ultimately devalues brands.

Research shows that such bold ethical practice is good for business. A study by Dr Rajendra S Sisodia, chairman and co-founder of the Conscious Capitalism Institute, found that mission-led businesses outperform the market by an amazing 9:1 ratio. That means a purpose-driven organisation that engages both employees and customers translates this shared mission into hard business results. This is a key point and something I write about frequently – ensuring brand values are accessible and understood by everyone in a business and that they filter right through every initiative is hugely important.

A famous example of this is outdoor clothing brand Patagonia which, in November 2011, on one of the biggest shopping days of the year – Black Sunday – took out a New York Times full-page ad with a picture of its best-selling jacket, the R2, alongside a banner urging ‘Don’t buy this jacket’. Below was a breakdown of the jacket’s cost to the environment in terms of water and CO2 generation and the words, ‘Think twice before you buy anything’. The campaign saw significant sales because although it seemed foolhardy, it was absolutely on brand. Patagonia’s goods last longer and are more environmentally friendly than its competitors and this ad reinforced that point brilliantly.

It remains to be seen whether M&S, for example, will take on a stance as radical and arresting as that of Patagonia, but I believe that Uniqlo, H&M and many other brands can learn from its Shwopping campaign. Know who you are, know what you stand for and make sure your employees and customers know too.

Jens Lundgaard is founder and chief executive of Brandworkz.