Fitch has branded the £350m Trinity Leeds shopping centre and The Velvet Principle has designed a wayfinding solution for the development.

The brand has been designed as a flexible device ‘acting as a window to the mall’s constantly changing content.’ It makes use of a ‘strong and traditional’ letter T with flourishes to represent the ‘energy and momentum’ of Leeds, according to Fitch, which was appointed by developer Land Securities.

The Velvet Principle was appointed by the developer in 2011 after being invited to pitch. It was tasked with creating a wayfinding scheme which would make use of the shopping centre’s external branding and comprise internal directories and directional prompt signs.

The main entrances feature mirror-polished frames, lined with LED lights and filled with silver discs designed to shimmer in response to sunlight and wind.

Neon signage is used at the crossing point on Albion Street between the adjacent refurbished Leeds Shopping Centre and the Plaza.

The neon sign is a reference to Leeds being the only place in the north during the 1940s to make neon signage and lettering. Trinity Leeds shopping centre’s entrance is in close proximity to the site of the Leeds Music Hall, which once featured a large neon sign, according to The Velvet Principle. 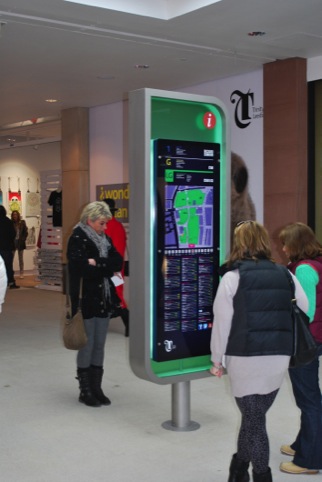 A smaller entrance off Boar Lane is marked by a dichroic graphic applied to the glass, which changes in appearance depending on the viewpoint.

As the development is built into the natural slope of the city, visitors approaching from the North enter on the first floor rather than the ground floor, so to orientate them index signs and directories use colour coding to delineate floor level and what is above and below.

The system references external streets, and the design of the mapping information within the directories maintains a continuity between the internal environment and Leeds City Council’s Walk It wayfining scheme.

The Velvet Principal is now working on designs for the branding of the shopping centre’s Trinity Kitchen food court, which is due to open in October. 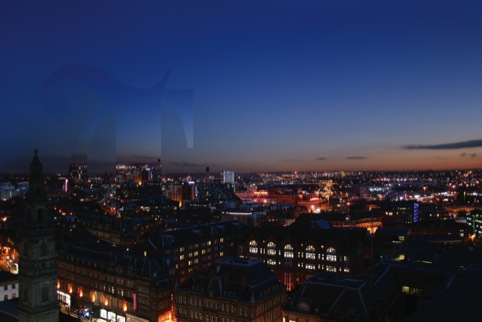 Beauty is the First Test