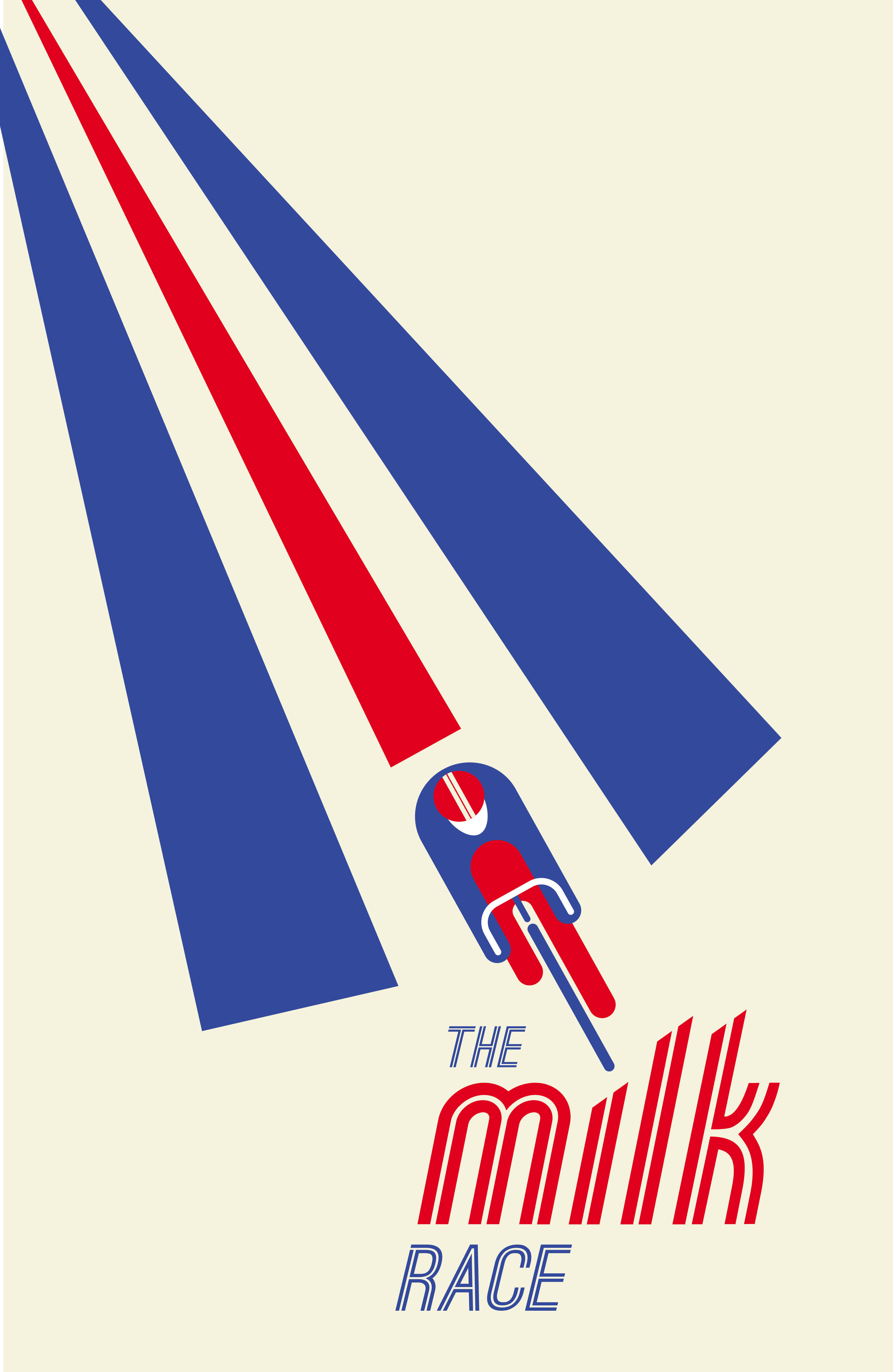 The Milk Race, previously an elite men’s stage-based race, ran between 1958-1993, and is set to return as a road race in Nottingham for elite men and women, taking place in May.

Kindred has previously worked with The Dairy Council and Milk Marketing Forum on a campaign addressing declining milk sales with a series of ‘Make Mine Milk’ ads featuring athletes sporting milk moustaches.

The campaign was boosted by European Commission funding, which ended in October, but some remaining funds were channelled into reviving The Milk Race according to Kindred account manager Sinead Gray who says the consultancy was appointed towards the end of last year.

The Milk Race identity has been inspired by the work of Swiss graphic designer Josef Müller-Brockmann, according to Kindred creative director Anton Ezer who says it evokes ‘the rebirth of an iconic British race with dynamism and simplicity.’

He adds, ‘The road symbolises arrival and the colours, those of the Union Jack, will also be used at the start and finish line for 50 metres or so.’

The final straight will show banners and photographic shots of former champions.

Kindred will also design branded winners’ jerseys and caps, a full web site and develop social media, advertising, and PR solutions for the event, which they will also manage.

Kindred has worked closely with sister consultancy Unreal on the project.

Whose team are you on?

The shortlist for this year’s awards – which celebrates the past year in illustration across books and journalism – has just been released.